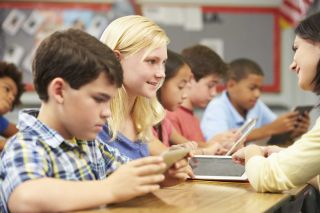 According to the survey, parents don’t have a lot of faith in the effectiveness of end-of-year tests:

Parents also report that they are unlikely to take additional action as a result of end-of-year test scores:

Parents are skeptical that teachers and students receive additional assistance based on low test scores:

What’s more, most parents don’t believe that students who are performing below grade level receive additional instruction or intervention services: