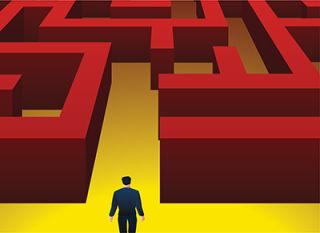 At the CIO Leadership Summit last September, hosted by Tech & Learning magazine, Melissa Dodd, CIO of Boston Public Schools, noted during an excellent presentation on the state of IT in her district that Massachusetts was the birthplace of American public education. That made me think—what would Horace Mann or the authors of the “Old Deluder Law” have to say about education today? Are we creating a common culture for all of America and providing students with the necessary tools to be successful in the same? Those men hoped that common public schools would allow all Americans to be integrated in a productive society and that children from the most desperate circumstances would be able to utilize public education to rise out of their current circumstances and be successful. Specifically, what would they think with regard to No Child Left Behind (NCLB) and the Common Core State standards (CCSS) that are filling the nation’s educational thought bubbles at this point in time?

Mann would probably be quite happy with the focus on college and career readiness, but the lack of focus on citizenship and a shared American history and culture might unnerve him a bit. However, Mann has often been criticized as being anti-intellectual and too practical in his approach to American schooling. Those who want to focus on career and workplace readiness would definitely have a strong supporter in Mann. However, I think the entire lack of any strong push for a shared American culture via strong (or any) social studies standards or assessment would unnerve him a great deal. It is interesting to speak to social studies teachers about their views of the CCSS and other high-stakes testing. Although they enjoy not being under the highstakes testing gun, they commonly comment that social studies, history, and government aren’t really part of the “core content” in schools at the moment. Language arts and STEM (Science, Technology, Engineering and Math) are the focus of nearly all of the national conversations about curriculum. Some play is given to world languages and the need to understand other cultures, but what about understanding the American culture (even with its focus on dead white men)? I think Mann would be disappointed in what would appear to him to be a lack of the Americanization of children through a common school experience.

Rev. John Cotton and the others who passed the Massachusetts General School Laws of 1642 and 1647 would definitely be unhappy with the focus on test scores. They would support the homogenizing effects of the CCSS curriculum, but they might be a little perturbed by the fact that science has replaced faith as a major focus. I am not at all sure where they would stand on standardized testing, but if I had to hazard a guess, I suspect they would be supportive of more local assessments and not proponents of standardization across all of the states. They wanted to homogenize their communities and not the necessarily the nation. Of course, they had sailing ships and the Internet wasn’t even a concept back then. (Any time traveler caught with a tablet would probably have been burnt as a witch.)

Perspectives shift over 300 years, so maybe the most important thing to consider is this: Will CCSS help students improve their lot in life? That was the focus of both John Cotton and Horace Mann as well as most of the early advocates of public education. How can we provide students with the best opportunities to succeed? What resources can we provide students to ensure their success? How can we leverage technology to reach out to the parents of our neediest students? Do you think the perspectives of Cotton, Mann, or others are worth considering? How about Bronson Alcott, John Dewey, or E.D. Hirsch?

The point is that we need to clearly identify what we wish for public schools to be, going forward. I am not sure that as educators we have thought about this enough. Some want us to move towards full-service community schools. Others want vouchers or virtual schools. I think as a profession it is time for educators to decide what we really want the mission of public education to be.

Steven M. Baule is superintendent of North Boone CUSD 200 in Poplar Grove, IL. He has written several books on aspects of library and technology management and planning.