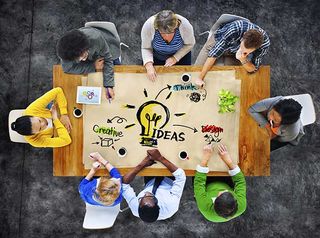 A group of American educators from Lawrence Public Schools (USD 497) had more than usual to celebrate this Thanksgiving, having just returned from a successful cultural exchange visit to a prominent Shanghai kindergarten.

Principal Jin, who owns and manages Copernic and another nearby education center called Greenwood Kids, paid for the trip. “It’s the best investment I ever made,” he said through an interpreter. “Our American friends have decades of experience and were kind enough to share their knowledge to foster better relations between our schools and nations.”

As Head of International Affairs for Copernic, I reached out to schools in the United States to discuss ways in which to collaborate on educational programs. Thrilled by the idea of working with a Chinese school, Jerri Kemble seized the opportunity and suggested SeeSaw software to utilize as a virtual platform on which students from both sides could learn. “It was a total success,” Ms. Kemble recalled. “Every week we assigned a new topic, such as cuisine or hobbies or holidays, and children from China and the US uploaded photos, videos and written commentary for their counterparts to see and learn from. The reaction in China and in the US was phenomenal.”

Overjoyed by the results, Principal Jin invited Lawrence Public Schools administrators and a kindergarten teacher to visit his school for one week. Never having been to China, it was an exciting adventure for the three and one that would leave a lasting impression. “Our Chinese hosts welcomed us with open arms,” said Nicole Corn. “The Chinese students were wonderful. Their teachers were enthusiastic and eager to learn about American education. It was an awesome experience. There’s no doubt both sides benefited greatly.”

On November 14, the three educators set out. Although grueling (the trip from Kansas to Shanghai took about twenty hours, including a layover in San Francisco), they quickly overcame jet-lag and were at Copernic teaching STEM projects just one day later.

STEM curricula are becoming popular in China, particularly in large cities. Copernic Kindergarten already has a Chinese teacher who specializes in STEM, albeit with a Chinese twist; his projects, while similar to those taught in the US, include more hands-on guidance than those in the the US. “In America, the whole point of STEM is to encourage critical thinking and creativity,” said Ms. Kemble. “In China, however, there’s a tendency to providing more instruction. Rote memorization has been the mainstay of Chinese education for hundreds of years. I don’t think one system is necessarily better than the other; both have pros and cons. In Kansas, creating a fun learning atmosphere, while providing the chance for students to figure things out on their own, is key. That emphasis on critical thinking and innovation is what we brought to Shanghai.”

The Chinese STEM teacher, Mr. Kong, was happy to work with his American friends, despite the different learning approach. In fact, he happily agreed to share STEM projects with Kansas on the SeeSaw platform. In the coming weeks, both sides will teach students the same STEM project and compare results online.

The language barrier is overcome in a number of ways. Many Chinese students speak some English (Copernic is a bilingual school). Also, postings on SeeSaw are translated from English to Chinese and vice versa by Copernic personnel. A basic language exchange program provides American students a chance to learn elementary Chinese. Mandarin is an extremely challenging language to master. But I know from first-hand experience, if you set your mind to something and stick with it long enough, the results can be wonderful. I am hopeful more young Americans will take up the challenge of studying Chinese, a very important language in the modern world.

Every day during their stay in Shanghai, the three Kansas educators taught STEM activities to children ranging in age from three to six. They notified Copernic Kindergarten in advance which supplies were needed, and the school planned accordingly. The supplies were easily obtained from TaoBao, the Amazon of China, according to Copernic administrator, Zhou Zhou. “We can buy anything on TaoBao and it usually arrives within 24 hours,” she said. Zhou Zhou speaks fluent English, and played an instrumental role in facilitating communication during the Americans’ visit.

One STEM activity included a reading in Chinese (by a Copernic teacher) and in English (by Nicole Corn and I) of the American classic, “Three Little Pigs.” After the reading, students were given supplies which they used to build a house that the Big Bad Wolf would fail to blow down. They were were absolutely thrilled, and the great part was they were using their minds to innovate something new without rigid guidance from any instructor.

Nicole Corn used a hair dryer to see whether students’ creations could withstand the powerful blow of the Big Bad Wolf. “I’m proud to say, none of their houses fell apart,” she said. Ingenuity was apparent; many of the homes were extraordinarily sturdy.

Chinese teachers at Copernic welcomed their Kansas visitors to attend their classes, which in many ways are similar to classes in the United States. “The Chinese teachers do a wonderful job teaching,” said Darcy Kraus. “But there are some differences between the Chinese system and that in the US. Our elementary school children don’t rest during the day. In China, they have a lengthy sleep period during which children sleep in a rooms equipped with beds. Memorization is a vital component to education in China whereas thinking outside the box is emphasized back home. I personally feel the American emphasis on creative thinking is key, which is why we have innovators like Steve Jobs, Bill Gates and others. However, I have great respect for the Chinese, who teach their children to speak English at a very young age, while only a fraction of Americans are studying Mandarin.”

STEM was a crucial part of the exchange program but it was not the only aspect. Principal Jin stressed that this trip was just the beginning of what would undoubtedly become a major US-China educational exchange program.

“Someday,” he said, “I hope our students and teachers can visit Kansas and contribute to their educational system in just as many profound ways as Kansas has made to us. I am grateful to our American friends for taking the time and effort to travel so far to impart their wisdom so enthusiastically with our young ones. These are the kinds of things that will have a deep and positive impact on mutual understanding between the people of China and the United States for years to come.”

Josh Bobley is the Head of International Affairs for Copernic Kindergarten and a former journalist.