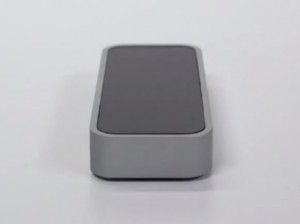 “You’ve got to jump off cliffs and build your wings on the way down.” ~Ray Bradbury

I keep wondering if floating ideas—then chasing those ideas down the runway—trying to strap the wings on—makes sense. We all look for those taking risks, not holding back, and launching something unique.

In most cases there isn’t a risky leap, but more of an obvious release that usual fizzles out before soaring high. But when the actual leap is called Leap (Leap Motion) that might be something to stand up, jump and wave about. While most of us are trying to decide whether to use android, IOS, or Windows—and whether it’s laptop, desktop, phone, or tablet, Asus and Leap Motion have reminded us, that action is worth more than words, secret code names, and other iffy chatter going nowhere. Asus is going to bundle Leap Motion with their All-in-One PCs and laptops this year (2013). The Leap Motion app will be pre-installed. If you don’t remember Leap, it’s a way to gesture operate, using hands and finger gestures to accomplish tasks. It’s similar to some of the gaming equipment options out there today, including Microsoft’s Xbox360/Kinect. I’m sure there will be a cost factor at first, but the implications for the PC marketplace could be huge. And, include Microsoft in that good news as well, because the Leap connection is perfect for those Windows 8 tiles. Anything helping the Windows OS cause is welcomed—for sure. In the past, Asus has been sort of a pied piper for new things, including that netbook craze we all lived through—remember?

All that said, I know that many of the gestures I use in front of my computing devices, now, might not make prime time, but acting as maestro, waving my arms, flicking and fluttering my fingers, orchestrating a writing masterpiece—or not—appeals to me. My hands or baton, directing computing actions, sweeping and punctuating the air, without a touchpad or mouse—has me dreaming again. I’m not a gamer, but this could be a nice segue, leading to—possibly more use of thought-gesturing—where just looking and thinking makes computing actions happen beyond mere gaming possibilities—to where real world home, school, and work potentials are investigated. We are, at least most of us, intrigued with things that keep the child in us alive, as well as the how-to science that makes magical-technological things work. Touch to touchless seems more possible.

Ray Bradbury is supposed to have said, “We do an awful job at educating,” and that we’d be better off, doing what he did—having kids read every book in the library. Today, his immersive-library education idea has been technologically expanded, and we’re not talking about just books, but all sorts of other resources—audio and video—and even gesture learning. “Touch a scientist and you touch a child,” said Bradbury. I think that can be said for entrepreneurs, educators, or anyone. Landing on Mars in 2012 was a giant leap from Kansas and OZ. Plenty of risks there, and a lot more smart than lucky as well. Bradbury, who also said, “You can’t land on Mars if you’re stupid,” would have appreciated that.

We are born to take chances—take creative risks—using the best knowledge to date. In a recent post, Simple EdTech List, I wrote: I’ve been looking more, these days, at the applications of new and existing technologies and software, rather than the device or solution alone. It’s amazing how often their full educational uses haven’t been thought through, written or talked about—and for me, that seems to be where the real discoveries can be found—and need to be shared. Asus and others noted the 3D Leap possibilities, but it still takes a calculated risk and intelligent leap to action. Oh yes, it is one thing to say something, and another to do something. Let’s hope others will jump in to do something beyond what we hear from CES. And may we all look for those moments in time, where change can happen.

Let’s keep figuring out ways to unfold those wings.