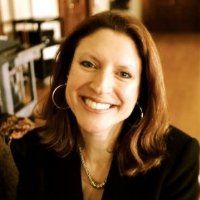 When Google announced that their Cardboard Virtual Reality viewer would sell for just $15 each, speculation abounded that virtual would be the new reality. So why is the louder buzz about “augmented reality,” which merely pastes digital enhancements onto the real world? “According to Digi-Capital, AR companies will generate $120 billion in revenue by 2020, compared to the $30 billion revenue expected for their ‘cousin’ companies in virtual reality,” writes Marc Prosser on SingularityHub.com9to5Google reports that Google’s long-term focus will be augmented reality, despite their success with Cardboard. “Google reportedly doesn’t believe that in the public eye, people will be willing to invest in virtual reality solutions that force them to wear massive headsets, such as the Oculus headset or Gear VR,” writes Chance Miller. Patricia Brown reports on a variety of AR apps and resources tools for the classroom, and we’ll be featuring AR technology in our new interactive “playgrounds” at T&L Live Boston and Chicago in a few weeks. How will your schools navigate this new digital world? - Christine Weiser, Executive Editor