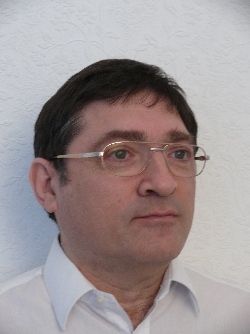 The recent EdTechXEurope Conference was a most interesting conference in several ways. First, it took place over two days, with the first day given over to “field trips.” Second, many of the sessions took the form of panel discussions. Thirdly, the conference was very international in scope: I met people from the USA, Sweden, Spain, Norway and Israel – and I wasn't even trying!

This kind of arrangement is not usually found in conferences in the UK, but perhaps it ought to be used more often. Such activities give the conference an extra dimension.

As the name implies, the field trips were visits to different organisations and events. For example, one included the challenges facing ed tech start up companies while another involved demonstrations of a build-it-yourself computer.
One conference session I enjoyed was hearing from some ed tech award winners. Usually this sort of thing has me racing for the nearest coffee bar. However, rather than involving having to endure an endless parade of 'thank-yous', the session consisted of people telling their stories of what they set out to achieve, and why. These were quite interesting, even moving. For example, check out the great work the Varkey Foundation is doing for underprivileged children.

Returning to the format, panel discussions can easily be boring if the panellists merely have a chat between themselves. But the ones I attended and the one I moderated (concerning the maker movement) were very highly structured: a brief intro, a few minutes for each participant to make their case, then a series of questions by the moderator followed by a more general Q & A.

Perhaps the best thing about the conference was that it was large enough to have variety, but small enough to make networking possible. The next one in London is next June (the dates are not known yet), but if you can't wait that long then the next one is EdTechXAsia. That takes place in Singapore on 8th and 9th November 2016.

Terry Freedman writes about educational Computing, and other topics, on his website ICT & Computing in Education, and his newsletter, Digital Education.