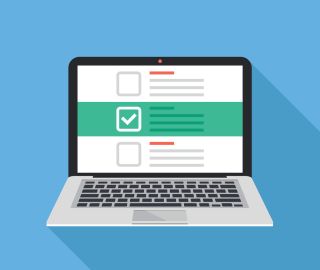 New research released  by Bett reveals teachers desire technological innovations that ease their workload and cut time spent marking - so long as they have the training they need when it is introduced.

The research, conducted by Teacher Tapp, surveyed over 4,800 teachers to get their opinions on both where they would like to see innovation in education, and their reactions when it is introduced. The findings will be discussed on Tuesday 3 December at 8pm in a dedicated #BettTalks Twitter hour.

When asked which area they would most like to see investment in innovation in,  platforms to reduce time spent marking scored most highly. Almost a quarter of respondents selected this option overall.

When asked what their thoughts would be if their headteacher told them the school was adopting an innovative new software platform that they would be expected to use in all lessons, teachers gave some revealing answers.

With the majority (44%) feeling they would be fine if they had a day of training, language teachers are the most excited about innovation with over a third (36%) stating they "love it when they get to try new things." This compares to only one in five (21%) of humanities teachers feeling this excitement, whereas almost the same number of English teachers (18%) say they will ignore it for as long as possible.

Perhaps surprisingly teachers in their 20s have the least faith in new tech working with over a quarter (26%) saying "I bet it fails the first time I use it" compared to just a fifth of those in their 40s (20%).

The Bett Talks Twitter hour will take place at 8pm on Tuesday 3 December 2019. Use #BettTalks to follow and join the discussion.