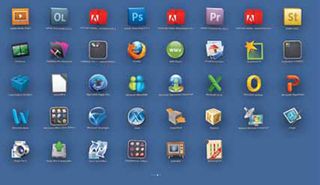 Quality and Effectiveness: Schools with early Intel-based Macs equipped with Core Solo or Core Duo processors cannot transition to Lion. OS X 10.7 requires a 64-bit Intel Core 2 Duo, Core i3, Core i5, Core i7, or Xeon processor to run. RAM requirements for the new OS are set at 2 GB, but you’ll notice speed improvements with 4 GB or more. Schools running older applications will lose access to this software if they upgrade to Lion.

Ease of Use: To install the new operating system, you must first upgrade the target computer to Snow Leopard 10.6.6 (OS X 10.6.8 recommended), then visit the App store to purchase and download your copy of OS X 10.7.1. If Lion finds any known incompatible applications during installation, it moves them to a folder named “Incompatible Software” also at the root level of the hard drive. After installation, if you try to run one of them, Lion will prevent it from opening and pop up a dialog box telling you the software is incompatible.

Lion makes it easy for users to begin where they left off when quitting or relaunching applications, or restarting the computer. With Lion, you can run applications directly from the Dock, the Applications folder on the Dock, or from the new Launchpad resembling the interface used to launch applications on the iPad, iPhone, and iPod Touch. After exploring Finder View Options and Preferences and Lion System Preferences, you’ll discover that Lion can easily be customized. Some tweaks, however, are not that obvious. Another difference between Snow Leopard and Lion is that OS X 10.7.1 hides a User’s Library folder to safeguard its contents and ensure that nothing is trashed inadvertently.

Creative Use of Technology: Apple Lion boasts more than 250 new features, but schools will have to assess whether or not those features have a positive impact on teaching, learning, and administrative computing. The new OS can be tweaked to suit your computing needs.

Suitability for Use in a School Environment; Lion offers much that educators will find appealing. For users of VoiceOver screen access and text-to-speech reading, OS X Lion offers built-in support for 22 languages with options to download additional languages and alternative voices for other variations of English. An AutoSave feature is available for applications developed to take advantage of it.

There is much to appreciate in this new version of the Mac operating system. This version of the OS is very user friendly, providing one-click access to all your files, a way to save files and documents automatically, plus new applications like Launchpad for easy access to installed programs. If your computers meet the system requirements, upgrading to Lion is strongly recommended.

• Lion’s new interface supports taps, swipes, pinches, and multi-touch gestures similar to those on an iPad, iPhone, or iPod Touch.
• Enhanced support for VoiceOver technology makes content on a Macintosh more accessible to the physically and visually challenged and to those users who need text-to-speech.
• Automatic file saving and resume features safeguard valuable data.