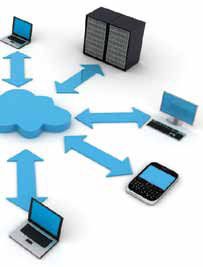 CDW-G released the results of its third annual Unified Communications Tracking Poll, which was based on a survey of 900 IT professionals who work in this area. Key findings include:

UC implementation rates doubled from 2010 to 2011; 16% of organizations are fully implemented today.

76% of the organizations that have implemented UC fully said that ROI had met or exceeded their expectations.

41% of the IT professionals said that they had difficulty securing budget to fund UC implementations, and 29% said they had trouble securing reliable cost projections.

The two most commonly deployed communication solutions are smart phones and mobile desktops; 80% deploy each technology.

Among K–12 institutions, mass notification is a top benefit.

What's Next? Modern Learning Systems for Learners and Leaders