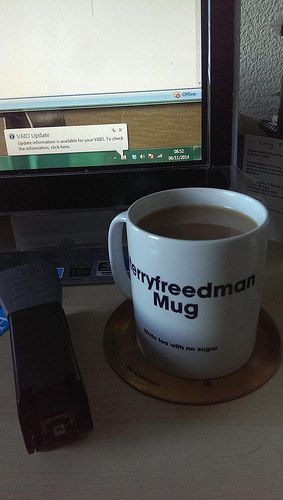 I had the pleasure of attending one of the RM Technical seminars recently, and it was well worth the time. The event was divided into several strands. I chose the Curriculum and E-safety option rather than one of the more technical ones.

As well as a very entertaining keynote lecture by Sir Ranulph Fiennes, there were three sessions:

As usual, David Brown was concise, precise and pragmatic. He also drew attention to some very useful documents, which I’ll look at in the next edition of Digital Education. For now, though, take a look at this very useful 2-sided document: Ofsted inspections - clarification for schools. It’s a list of the things that inspectors do not expect to see. If your senior leadership team is creating havoc by insisting that staff write out lesson plans for every lesson, and in great detail, you might want to wave this document at them – purely in the interests of being helpful, of course. They ought to be aware of the document anyway, just in case your school has the misfortune to be inspected by people who have certain expectations even though they may not be officially required.

A very good session, this, with plenty of resources mentioned, several of which I hadn’t heard of. I’ll be exploring those in Digital Education too.

What was useful was being reminded that teaching computer programming isn’t just about bashing out lines of code or dragging and dropping blocks of code in Scratch. Why not, for instance, show the pupils a block of code and ask them to figure out what it does?

I was disappointed that not enough time was given to Wing Leung’s bit: he was demonstrating Python, and judging by the slides that went whizzing by as they skipped them due to running out of time, it would have been very interesting indeed.

Another very useful session, much of which echoed David Brown’s comments earlier in the day. Also, lots of mentions of Safer Internet Day – look out for the special Digital Education supplement on that in due course. I liked the fact that lots of resources were covered, and not only those from Childnet, but other agencies too. They included printed ones as well as digital ones – such as the pocket-sized SMART rules for the internet.

Other dates and venues

Delegates were given a mug on which was printed their name. Here’s a picture of mine:

I’m not sure I like the juxtaposition of my name with the word “mug”, but still. The mug’s very nice to drink from. Dishwasher-proof too!