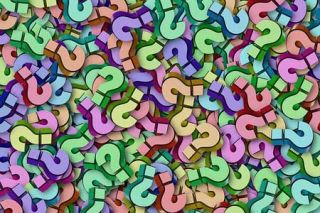 Ignorance vs certainty, by Terry Freedman

When I was studying Economics at school, I thought of myself as an economist. (I even put that down as my first choice of summer work when I was hoping not to actually be offered a job. My second choice was astronaut: I didn't get that either. I was offered a job as a sweeper in London Zoo. But I digress.)

By the time I'd completed a degree in the subject, I was aware of the vast expanse of ignorance opening up before me.

In fact, academic education can be summarised by the observation that it involves knowing more and more about less and less -- until you reach PhD level, where you know everything about nothing!

On a practical level, it makes setting multiple choice test questions very difficult -- because really clued-up students will often realise that at least two answers are equally viable, depending on the assumptions you make.