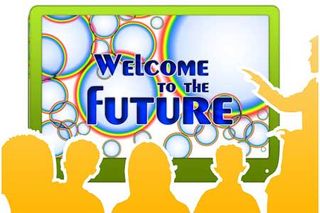 "You got to use the power that you got." Malcolm Gladwell, David and Goliath: Underdogs, Misfits, and the Art of Battling Giants

Most of us face situations where success seems impossible or improbable. Many of these situations involve what Malcolm Gladwell calls "Goliaths." These are adversaries or adverse conditions that appear to be insurmountable. In education, we often find ourselves in these "Goliath" situations where our initial assessment is that we can't possibly succeed, because we are out-manned, out-resourced, and out-powered, but according to Gladwell all is not lost. At the heart of our problem is our misconceptions about the situation and about who really has the power.

So what can we do? According to Gladwell, we can do the following:

Sure defeat isn't always a sure thing, as Gladwell makes very clear in his book, David and Goliath. We can prevail in more situations than we think by being willing to rethink our advantages, changing the rules, and just using what we've got.