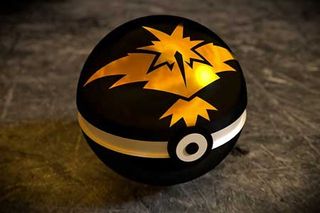 Curiosity won out, and I downloaded Pokemon Go for two reasons. First of all, the publicity and news about the app made me curious. And, secondly, as a technology advocate, I wanted to see if it has any educational value. Immediately, after downloading the app to my iPhone, opening it, and setting up my account, I found a world in which I knew absolutely nothing.

Upon entering the world of "Pokemon Go," the screen warned me "Remember to be alert at all times. Stay aware of your surroundings." Music played, and the progress bar indicated I was almost there, wherever there is. Suddenly I was, or my chosen avatar was, in the game. Immediately, I was facing something called a "Bulbasaur." Not being fluent in Pokemonese, I had no idea what this creature was, and even worse, I had no idea what to do with it. On instinct perhaps, I grabbed the red and white ball with my finger and flung it at the creature. It flew over it, bounced and immediately opened and vacuumed the creature inside. "Gotcha" appeared on the screen, and I assumed that was a good thing. Now, a week later, after capturing more than a dozen creatures with names I've never heard of, I have advanced to "Level 6," whatever that means.

On a surface level, playing Pokemon Go pushed me well beyond my comfort-level from the start. I know very little about Pokemon. I certainly did not know anything about how to play the game. I could have perhaps found some online videos or instructions, but like so many young people do with video games, I just jumped in, with the knowledge that messing up in this world was not the end of that world or mine. In my brief discomfort because of my lack of knowledge, I was forced to learn. I used what knowledge I had from other electronic games I've played, and just played. I spoke to others who have been playing the game and learned more. While I am certainly not claiming to be an expert, I can say I have begun to learn more of the Pokemon world as represented in the Pokemon Go app, and more and more about myself.

Perhaps some would say I've been wasting time; I even have made the comment "What a time-waster!" But, I must not forget that I had many students who said the same thing about sitting in my high school English class. I would tell them, "You never really know when something you learn today might have use in the future." I should perhaps also take this same tentative approach in my judgments toward playing and learning how to play Pokemon Go. I don't really know when I might have need of what I've learned. On one level, immersion into a safe unknown and having to sink and swim has its own benefits. On another, well, who knows, I might find myself someday facing a Bulbasaur with only a handful of balls.