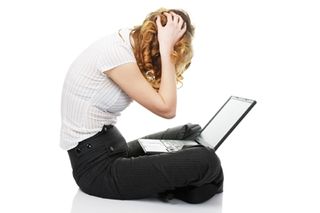 Something you very quickly learn when you start to become involved in education technology is this: It's not a question of if something goes wrong, but when. Unfortunately, most colleagues don't seem to understand that – especially when they have a class of 14 year-olds beginning to look disgruntled. So how can you prepare for such a situation?

With so much education technology in schools these days, virtually anything can go wrong, so preparing for a particular contingency is impossible. All you can do is cultivate expectations, and a work-around approach.

It's important to make sure colleagues know that technology will, at some point, go wrong. Sometimes it will even be because of factors beyond your control – like the time half the internet went down because of an internet worm. My boss at the time said that school Principals had accused my technical team of causing the problem, to which I replied that since they are that good they deserve a raise!

It's not even such a bad thing when things go wrong for you, the expert. On one occasion when things went pear-shaped while I was running a training session, one of the teachers came up to me afterwards and said:

"I'm glad that happened to you, because it means I don't have to feel bad when it happens to me!"

The work-around mindset is really about answering two questions:

For example, if a printer in a classroom suddenly starts chewing up the paper for no apparent reason, don't try and fix the problem there and then. Instead, immediately replace the printer with a spare one, or re-route the printing to a different classroom. Not ideal, obviously, but it will mean that the printing gets done there and then.

Sometimes work-arounds are quite-a-long-way-arounds. Recently, I dropped my laptop, an action which I don't recommend. It broke the screen, and so I was without it for three weeks, at a pretty critical time. I managed to carry on by using a very old netbook and a usb stick, which I then used to transfer the files to my desktop computer at the end of each day. Again, not ideal, but better than getting nothing done at all.

You cannot plan for every contingency, but you can be pragmatic. When all is said and done, the important thing is getting stuff done, not wasting time trying to fix a problem that can be fixed at a more convenient time.

Terry Freedman writes about educational Computing, and other topics, on his website ICT & Computing in Education, and his newsletter, Digital Education.