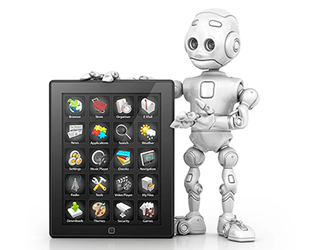 According to The New York Times, recent graduates who majored in civil engineering and nursing saw the lowest levels of unemployment, at 2.8 and 2 percent, respectively. These skills – based in science, technology, engineering and math (STEM) – are in high demand, and for good reason: many of these individuals will shape the world of tomorrow, putting their know-how to the test to improve the world in which we live. Some kids are already improving our world, before they even graduate high school.

While most teachers agree that fostering STEM skills is valuable, it can be intimidating, especially given limited school resources and support. Going that extra mile to help students access STEM education early on, however, can help get them hooked at a young age. Furthermore, we know that hands-on learning is one of the most valuable methods to inspire kids to pursue STEM in college and in their careers.

So, how can teachers with an already jam-packed curriculum and limited time take on this challenge? The answer may be in robotics programs, either within a district’s curriculum or as an after-school activity. These programs, such as FIRST®, take the form of a contest, allowing kids to get competitive, view education as a fun endeavor and work in teams to brainstorm, solve problems and ultimately meet their goal. Across the country, 51,000 educators lead FIRST teams, taking learning beyond the pages of a textbook and encouraging students to learn from failure, push their boundaries and think critically about the problem they are tasked with solving.

With support from educators, mentors and administrators, robotics programs can act as mini-incubators, giving students the freedom to explore STEM and its application. There are plenty of great examples of what’s possible when creativity melds with knowledge:

Helping teens drive safely: At 13, TJ Evarts dreamed up a product that could alleviate one the nation’s leading traffic problems: teens who text and drive. In 2009, TJ and his FIRST®LEGO® League team, The Inventioneers, were inspired to create the SMARTwheelTM, which snaps onto a steering wheel and uses sensing technology to encourage safe hand position. The system provides real-time feedback with visual and audio alerts and comes with a mobile app so parents can monitor their teens’ driving behaviors.

The Inventioneers secured a patent for the SMARTwheel, but the accolades didn’t stop there: TJ and his colleagues were endorsed by President Obama, who said he wanted one for his daughters; successfully appeared on ABC’s “Shark Tank;” and presented at the 2016 Consumer Electronics Show in Las Vegas. The SMARTwheel has been featured everywhere from “The Today Show” to Popular Mechanics, and was recognized by the National Highway Traffic Safety Administration and Ray LaHood, former Secretary of Transportation.

Recognizing food contamination: Charged with preventing food contamination, FIRST®LEGO® League team Moderately Confused created an erasable barcode called the Timestrip. When the barcode is activated, the word “SAFE” appears, and as the system senses continued exposure to temperatures greater than 40 degrees, ink advances closer to the barcode. After two hours, the ink permeates the barcode, rendering it unable to be scanned.

Lending a prosthetic hand: FIRST®Robotics Competition teams Charging Chaos and Mariner Mayhem spend 15 minutes of every lunch period building 3D-printed prosthetic hands for kids. The teams work with Enable Community Foundation, a network of volunteers that build hands for kids worldwide. The team even customizes the prosthetics to the child’s interests, including Disney’s “Frozen,” Spiderman, the Seattle Seahawks and more.

Helping NASA launch rockets: When NASA aborts a rocket launch due to atmospheric conditions, the price tag can be north of $1 million, so the agency needs as much real-time weather data as it can get. However, weather balloons can’t be deployed if lightening is nearby, as it often is in Cape Canaveral, Florida. FIRST Robotics Competition students from three Florida high schools banded together to create the Weatherbot. Controlled by a PlayStation handset, the $2,000, 90-pound robot releases weather balloons remotely, without a risk to human life.

Today’s kids and teens are more than capable of changing the world with the support of their educators, mentors and school systems. To learn more about how you can get involved with FIRST®, visit STEM in the Classroom to download a bundle, including quick-start guides for team creation and other helpful educator resources. Or, check out curriculum designed to strengthen students’ programming and engineering know-how.

FIRST (For Inspiration and Recognition of Science and Technology) was founded in 1989 to inspire young people's interest and participation in science and technology. The 501(c)(3) not-for-profit public charity designs programs that motivate young people to pursue education and career opportunities in science, technology, engineering, and math, while building self-confidence, knowledge, and life skills.