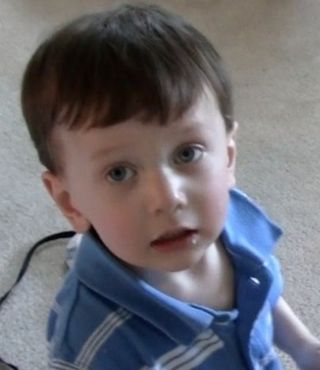 The other day there was a short pitch to read a blog post that went something like this: What would happen if you put iPads into a kindergarten class? Instead of clicking to read, I thought about the image that created—tossing iPads into a classroom of kindergartners—sort of the way you’d toss toys into a cage at the zoo to see what the animals might do with them. Now, don’t get me wrong, kids aren’t wild animals, well, for the most part, and they certainly aren’t caged in classrooms, well, for the most part. I just found the imagery of that title so satisfying. Scientifically speaking, the analogy struck me as well. Why not toss iPads into a kindergarten class to see what happens! Toss them in and close the door. Heck, I’d love to hear about it, and beyond that, I’d pay to see it. What would those little buggers do with them? I’d imagine a few would sit on them, and await nap time, but what if just one discovered the magic button, and another uncovered that finger touches actually made stuff happen. And what if we threw in a ringer-kid, who had seen an older sibling, a parent, or a grandparent use one. What might happen then?

I think, carrying that idea to upper primary, elementary, middle, junior and senior high classrooms would be fun as well. Toss in those iPads; see what happens, and then compare findings—share with the world. Do it like you would a science experiment and journal everything—then share the results. OK, try it at the university level, too. Those kids are just a bit bigger, so we’d expect bigger words—wouldn’t we?

While you’re at it, drop some iPads out of the sky, and into a senior/assisted living home—and then toss in some kindergartners with them. My hypothesis is that senior citizens FaceTime quicker when kindergartners are a variable. I also think that more smiles happen per iPad user—kindergartner and senior citizen.

I know that tech training/education is a component for getting the most out of teaching and learning with technology, but sometimes we over think too much. I like the idea of tossing something in with teachers, students, or senior citizens. Just see what happens. It might be surprisingly better than gorillas stomping on suitcases, or lights-off TV reality shows. Part of the reason some educators and a few districts are edtech leaders is their ability to ask the questions and then do the experiments necessary to see if their hypotheses are worth it. I know that the budgetary times are dreary, but that shouldn’t be the reason to revert back to the “That’s a good idea, but we need to know that it works, first.” approach. That’s always a wonderful proposal denial statement; one that most of us have heard many times. Districts with that line haven’t gone beyond sharing one document camera between four or more educators. And, I’ll bet there’s no jumping-in-the-air cool stuff going on in those districts either.

I’m not promoting fly-by-night teaching, here. I had a friend, and maybe you have one, too—walked in each day with no clue of what he would teach. To me, that’s a scary experiment. Every so often, he would ask the students what they wanted to do. He’s selling life insurance now—no fooling.

So, here’s a great exercise. The next time you see a blog post or article title that questions “What if?” don’t read the post until you’ve considered “Why not?” The images in your head might be a lot more apt than the actual post you are about to read. While you might get a laugh or two, it is highly likely you’ll get a few ideas as well. I sort of like the idea of tossing in some iPads, recording what happens, and then going from there—experimenting. Furthermore, those individuals manipulating those iPads will most likely figure out that working as a group has benefits, too—in a very short time. After all, if you toss suitcases in with gorillas, it doesn’t take long for all the gorillas to start interacting with suitcases and each other—right?