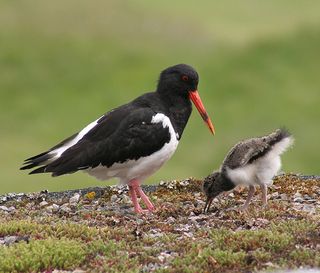 When did ICT teachers stop becoming teachers and become "facilitators" instead? I’ve largely managed to ignore this sort of nonsense but now it’s getting out of hand. The other day someone said on Twitter or Facebook that he is an "active facilitator," while someone else shared a sign which read “I am not a teacher; I am an activator.”

Facilitator
I once acted as a facilitator for an in-service training session. A group of teachers from a local school had been given the option of having half a day’s training out of school regarding the setting up of their departments’ areas of the school website.

I reckoned that what they needed was not training as such, but a day out of school where they could get on with what they had to do without being interrupted by children, bells, or being hauled off to cover the lesson of an absent colleague. So what I did was provide them with a room with computers and internet access, and myself to answer any education-related questions that might arise, and a technician to answer any technical questions which might come up.

The feedback we received on the evaluation forms was that it was the best training session they had ever attended. But there were special circumstances:

If you’re meant to be teaching children and ensure they learn a certain number of specific things by the end of the course, how can you do so by being a mere facilitator?

One answer that people come up with is that pupils can learn from each other, i.e. peer-learning is facilitated. But unless peer-learning is organised really well, it does more harm than good. Why? Because they can reinforce each other’s misunderstandings. Peer-learning only works where pupils are organised in such a way that a pupil who has mastered a particular concept or skill is able to help others who haven’t.

For example, in a cross-school multimedia project I was involved in, one pupil became the ‘go-to person’ for video animation in his classroom. If anyone had a problem with it, he would help them out. That was peer-learning which actually worked.

Activator
OK, I give up. It sounds like someone who walks around the classroom with a cattle prod to keep the kids awake.

Teaching is an ACTIVE process - photo by John Haslam http://www.flickr.com/photos/foxypar4/

I think it has emerged from a number of propositions, which I will consider in turn.

Young people are familiar with technology
I think this is a red herring. For a start, I am not convinced it’s true, except on a superficial level. See, for example, How good is the teaching of ICT? An interview with Edith, an English teenager and the other articles referenced there.

The kids know more about this than I do
This is a more extreme version of the one above. Quite frankly, I think it’s an appalling admission. I have been asked to teach subjects at very short notice, and in some cases I was only one lesson ahead of the pupils. But the operative word in that sentence is ‘ahead’. You should always know more about the concept you’re dealing with at the time you’re dealing with it.

In any case, even if it was objectively true that you didn’t know the subject well enough to disseminate knowledge about it, you’re the teacher. You should know how to check whether the pupils really understand the concept. Can they apply that understanding in a different context? Can they use it to solve problems? If they don’t understand something, how can you help them get to grips with it?

Being self-managing is a 21st century skill
Pupils have to be taught or shown how to self-manage properly. Sometimes self-management means being able to listen to someone else talking without fiddling with a keyboard or staring at a phone. There are lots of facets of self-management, and just assuming that everyone can be an effective self-manager simply by the teacher’s doing nothing except letting them get on with it is ridiculous.

Pupils should be able to set their own learning goals
This is hailed as a new idea, but has actually been around for decades. It was especially prevalent in the 1970s in the context of adult education, and was known by the term "andragogy." The idea was that people come to a class with their own experiences and ideas, and can be relied upon to decide for themselves what they would like to learn.

I tried it as an experiment. I asked the people who attended the first session of the evening class I was running if they would like to choose the topics we should study, under the overall banner of “Understanding the Economy." They came up with a few half-hearted ideas, but the majority view was that, as the expert, I had a better idea than they did of what was important for them to learn.

I’ve had experience of being facilitated both on a course I attended to learn how to do advanced programming, and on numerous in-service training courses. In the advanced programming course, I found the tutor’s attitude of setting some work and then doing nothing to help us achieve it was infuriating. Even the odd prompt over the shoulder now and again would have been helpful, but being a "facilitator" he was more content to sit watching the tennis on a television set in the room.

What an ICT teacher does
A good ICT teacher, by which I mean one that understands what real teaching is, will do everything a so-called "facilitator" would do, and more.

It’s obvious from that list that some of the activities are a form of facilitation. In other words, the term "teacher" subsumes terms like "facilitator." So here is my plea to those who feel the need to come with new job titles to replace "teacher": grow up, get a grip, and take pride in being a member of the noble teaching profession!