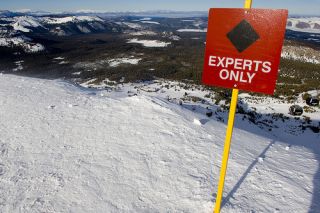 This article considers the need for computing and ICT to be taught by experts in those subjects. Anything less simply will not do.

When the guards marched Charles back across the border, they were laughing.

It was, after all, a bit of a game. Such is the political situation that anyone who could potentially be a spy is routinely “deported”.

Experts only! By Radcliffe Dacanay http://www.flickr.com/photos/kworth30/

Charles (not his real name) is not a spy. The guards know he is not a spy. And Charles knows that they know, which is why he was laughing too.

He was there to sample some tea and, if it was of a sufficiently high quality, buy loads of it for resale in the UK.

I happen to know all of this because someone who knows all about tea told me, along with several other anecdotes and interesting information. For example, legend has it that the way one type of tea was gathered was by throwing sticks at the monkeys in the trees. They would respond by breaking off bits of the branches and throwing them at the humans below. Those branches housed the desired tea leaves.

You can buy tea anywhere, but when you buy good tea in a specialist shop, you will be told exactly what the ideal temperature of the water should be for each kind of tea, and how long you should brew the tea for. You will learn the difference between ordinary tea and “tippy” tea. You will hear anecdotes like the ones above.

None of this may seem relevant to computing, but in a way it is. If a subject as ordinary as tea can be made not merely interesting, but fascinating, it shouldn’t be hard to make computing interesting and fascinating too. But that will only happen if the subject is taught by people who know their stuff, people who are steeped in the subject. People who can relate interesting bits and pieces that make the subject come alive.

If there is a shortage of expert computer teachers, then that should be addressed honestly and with vigour. Providing funding for training which is not even enough money to pay for supply cover (according to Drew Buddie at the Inside Government conference on preparing for the new curriculum) is not good enough. Neither is saying, as Ian Livingstone did at the same conference, that we don’t need subject experts, only facilitators. (I hope to deal with that proposition in a separate article.)

Drew said that he thought the old ICT Programme of Study fell into disrepute because it was taught by non-experts*. I disagree. I think the problem lay in the fact that, rather than address the shortage of teacher skills in this area, the powers that be decided to provide materials and resources to enable anyone to teach it whether they really understood it or not. Perhaps that served a utilitarian function and satisfied a short-term need, but a painting-by-numbers approach can never replace the knowledge, understanding and sheer pleasure in the subject that a true expert can bring.

*Correction: Drew has informed me that it was not he who said that; rather, he was quoting what someone else said in a tweet. My apologies.