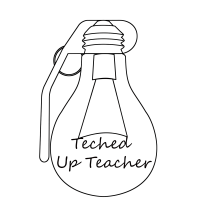 What if I told you I had an assessment that hit most Common Core standards, increased test scores, was cross-curricular, and, most importantly, fun and engaging?

What is this magical assessment, you ask?

Students make their own board games at least once a level in my class. I use it to add some life to something boring like our mandatory vocabulary curriculum, to assess students’ understanding of a piece of literature or non-fiction, or to work on their ability to write informative texts.

My students work in Guilds for the year. When it comes time to make a board game, each Guild is given a class period or two to design the game. I tell them they have to make the game fun, fair, educational, and playable by the biggest Guild. I tell them they must also write the rules and directions out since they will not be there to explain them. That’s it! That’s all the direction they get. What kind of game they make, the rules, the questions, and everything else is up to them.

This creative freedom has led to some great games:

Forget playing the board games for now. The real learning and reinforcement comes from creating the game. If you think about how much high-level thinking goes into creating a fun, fair, and educational board game it’s easy to see why it hits so many Common Core standards.

Students need to thoroughly understand a work to be able to create questions about it. Creating questions and answers (W.9-10.7,8,9) involve citing specific evidence (W/RL.9-10.1), understanding the central idea/themes (RL.9-10.2), and analyzing events, characters, point of view, and structure of the story (RL.9-10.3,5) of a text. Students will often pull vocabulary from the story (RL.9-10.4) and create questions based on a text’s appearance in pop culture or other works from around the world (RL.9-10.6, 7,9). Once students create the easy, obvious questions for the game, the level of in-depth thinking and discussions students have when trying to create harder questions is impressive as are the debates I overhear them having about what makes a game educational, fair, and fun (SL.9-10.1). These debates have led to some great, whole-class discussions. Creating board games using informational texts (RI) instead of literature hit on many of the same Common Core standards.

Further, if you make board games in your classroom, it is important to have students write the directions and rules (W.9-10.2) with the understanding that they will not have the opportunity to explain the game or answer any questions a group may have. Students will constantly edit and revise their writing (W.9-10.5) as they attempt to produce clear and coherent rules and directions for the game (W.9-10.4).

The best games have been when students get really creative. Students often put a narrative (W.9-10.3) over top of the game to make it more engaging like Escape from the House of Usher or the Harry Potter, Full House, and Breaking Amish themed vocab games from the above gallery. They have also started to incorporate QR codes (W.9-10.6) into the game to make them more interactive and incorporate more diverse forms of media (SL.9-10.2,5). Questions or tiles on the board can be scanned to reveal pictures, videos, or sounds that make the game even more engaging to play. I’m really excited for the day that students create a fully digital board game or augmented reality infused board game. An AR board games using Aurasma would be awesome!

On Game Day, students set up their games and then begin to rotate around the room. Each group spends about 20 minutes at each game. When they are done playing, before they move on, they will scan a QR code I attach to each game. The QR code brings them to a Google Form where, besides leaving feedback, they rate the game on its educational value, accuracy, fairness, quality of directions, and fun. The average of these scores become their grade and, since my class is a video game, the Guild that has the highest overall score unlocks the Best In Showachievement. To wind things down, I print out the feedback for the Guild and have each member reflect on the experience in a post-writing piece which is then used to fuel a 10 minute Guild meeting.

I love everything about student-made board games. Even the weird phenomenon where most Guilds include a card or spot on the board that make instantly losing the game (unfair, but hysterical).Teachers, you should find a way to play the games with your kids. It is a great relationship builder and a lot of fun. I mean look at these happy, engaged faces:

If you are not making use of the new iOS time lapse feature, you are missing out. It is a great way to have students show their learning. A Guild took it up on themselves to make time lapses of our last Game Day. Here are my favorites:

Note: Yes, I did stop to take a Bestie (Not a Selfie!) with them. Why? Because I’m Over It!

Even my toughest kids love making board games because it is a student-centered, student-controlled activity that gets them out of their seat and hands-on. It’s cross-curricular nature appeals to many types of learners as well:

After Game Day, students do well on post-assessments because they have spent so much time with the material between the creation and playing process. After two years of student-made board games, the only complaint I have is that they never put my colored pencils back in the correct spot! So, if you are looking for a fun, engaging, and student-centered activity in your class that hits on most Common Core standards while putting a smile on your kids’ faces give board games a try!

Pro Tips: 1) Have students work on the game using a shared Google Doc, so you can use Revision History to make sure all members are pulling their weight. 2) Allow students to play their own game on Game Day, last. Most Guilds don’t play their own game in the creation process since they work asynchronously on tasks they’ve split up. They enjoy playing their own game. I say last because if you let them play their game first, they’ll want to fix things which eats into the time they should be playing other Guilds’ games. 3) Buy old board games for the pieces/boards a thrift stores. Ask students if you can have their board games when they are done. Eventually, you’ll have a nice collection of board game stuff kids can use. 4) Don’t let a Guild fill out the Google Form on their own board game. It skews the scores