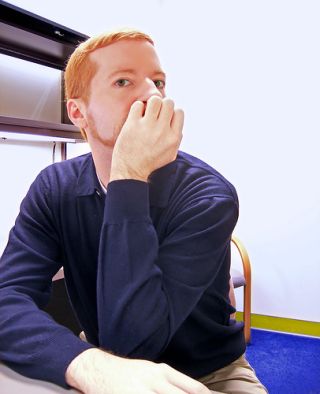 When I was in my teens I wanted desperately to get involved in television production, especially the filming and editing side. So I was delighted when one day there was a the start of a new behind-the-scenes series about how television studios operate. Well, the presenter started off by saying, “This looks boring, all these cables and wires everywhere, but…”. Then, a few minutes later, “This is a boring part, but…”. After 15 minutes I switched channels. I’m not even sure that the series was completed. Who wants to be told that the thing they have given up their time to watch is ‘'”boring”?

Hiatus, by Nicholas A. Tonelli https://www.flickr.com/photos/nicholas_t/

That sort of “self-talk” achieves only two things, in my opinion.

First, it creates a sense of boredom, and so becomes a self-fulfilling prophecy.

Second, it makes it virtually impossible for any pupil in the class who finds it interesting to actually show an interest, in case they are regarded as “boring”.

The thing is, boredom is a subjective thing, so as a statement it’s not even objectively true.

I realise that it’s not feasible to be breathlessly enthusiastic about everything to do with Computing, ICT or education technology every second of the day, but it’s important to show a certain level of enthusiasm even if you don’t feel it. Or, at least, to do your best to hide your lack of it. If one of your goals is to get more teachers using the technology, and, if you’re in a secondary school, encourage more students to take Computing courses at higher levels, your “self-talk” has to be commensurate with that. Nobody wants to use or be a part of something that even the person promoting it thinks is boring, unreliable or whatever!