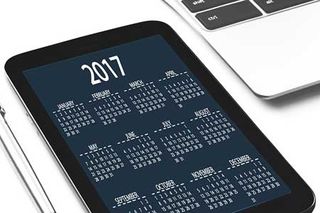 This marks the 5th year I’ve laid out a series of bold predictions around education and technology. Some years I’ve hit it out of the park (like in 2015 when I predicted Pearson would lose its massive testing contract in Texas) and others I’ve totally flubbed (like in 2013 when I said a non-Apple tablet would lead in educational sales).

Going back over the 30+ predictions I’ve made, I would say that about half of them have now come true. So while I may not be a Carnac the Magnificent, I’d say I’m just a step above Miss Cleo.

Let’s take a look back at this year’s predictions and see how close they came to becoming a reality.

Prediction: Someone will invent a PokemonGO type app for education

Much like the PokemonGO movement, this idea had legs early, but hen fizzled out. However, as you may see with a later prediction, this could be a possibility in our future.

There have been a slew of companies trying to make headway in this arena around Ed Tech tools lately. The one I mentioned in this piece last year (CatchOn) has grown leaps and bounds and is now receiving almost a Terabyte of data from over 10 Billion data points. All that data is taking us from this exploratory phase of Ed Tech towards a more robust and meaningful approach to how we use learning technology and applications in our school. I’m excited for the future, even if it’s not sexy…yet.

In this prediction I joked about a future classroom where much of the “low-hanging fruit” were taken care of by a digital teaching assistant called Frank. Much like Alexa and Google Home, Frank can respond to questions but also control various aspects of the classroom (imagine automated attendance!?). With the Internet of Things (I.O.T.) still in the early stages of consumer use, we likely wouldn’t see this in our classrooms for a few more years. In the meantime, we’ll have to settle for using our fingers to type out important internet searches like “When was the battle of 1812?”

Prediction: I finally publish my first children’s book…and this time I mean it!

For the last couple of years, I’ve ended with this threat…er….prediction. It took me a couple of years of motivation, but I finally found both the story and the medium with which I want to create my first children’s book. (Check out my “7 Strange Things You Didn’t Know You Could Do in Keynote” post for a hint) While I haven’t published the book yet, it’s about half-way finished and should be ready for release in the Spring of 2018. Stay tuned for more details on that and if anyone knows of a good children’s book publisher…send them my way.