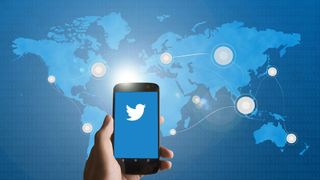 Have you really thought about the nature of social media? Most of us use it. I've even praised it, but lately I have begun to really examine it and its use in my own life. We users of social media often forget that it has specific design characteristics whose purpose is perhaps not what we think.For example, we have been fond of praising the ability of Twitter to allow us to connect with others. But is being "followed" or "following someone" a "connection?" Or, are we connected simply because the medium, in this case Twitter, has declared us connected? Connection, of course is in the words of the definer. We all have our versions of it, but I can't help but wonder if having former president Barack Obama as a follower and on my followed list is truly a connection. In my thinking it's not. He and I have never exchanged a word. For all I know, a publicist is the one who made the decision of who ends up on his followed list. That certainly destroys in my mind any thought of authentic connection. If I really want to connect with someone, we certainly have to have more than a declaration from Twitter or a few brief word exchanges in the form of a Tweet. But is connection really the purpose of Twitter?

[Time for a Little Heretical Thought in the Ed Tech World]

I really think the purpose, whether we Twitter users ever acknowledge it or not, is unabashedly self-promotion. It is one gigantic ego-inflation device where we can be someone and attempt to break out of our meager corners of the world and try to be a celebrity. Twitter's ego-inflation system is used by us to try to stir the world either up or in our direction. After all, in the United States, we currently have a "Tweeter-in-Chief" who knows too well about its ego-inflation abilities. He uses it as a blaring horn that declares for the world who he is and how great he is. Haven't we all felt a bit that same way when something we've posted on Twitter gets "retweeted" and "liked" many times? Our ego becomes a bit more inflated with each of these.

Perhaps we should give up the race for retweets and likes and more followers. After all, just the idea of these is truly more about us than we think. We wear these like medals. Some even like to remind others in their tweets just how many followers and unfollowers they have. If connecting with others were our true goal, it wouldn't be about the numbers of followers we have, nor would it be about how much of our Tweets echo about Twitterverse. It would be about the depth and authenticity of our relationships and discussions between other people in that world. Instead, we are prodded by this ego-inflation device to post in order to declare loudly what we want the world to see as us, but this "us" is simply a shadow in cyberspace.

What should we then do with Twitter? (Or Facebook, Instagram, etc. for that matter) I am not entirely ready to delete my accounts as Jaron Lanier recently argues in his book Ten Arguments for Deleting Your Social Media Accounts Right Now. That seems draconian to me at this point, but it is worth consideration. Instead, I am going to own up to what Twitter (and social media) is, as I've come to see it. I might even conduct some experiments with it. For example, instead of just playing by Twitter's rules of "retweet" and "likes," I might seek NOT to have my tweets liked and retweeted. It is said that our world does not like to have reality thrown back into its face, so why not use Twitter and other social media as a means to question its created reality? Why not be truly real and post what we really are thinking instead of seeking validation of others through their liking and retweeting of what we have to say? Also, since Twitter seems to be a powerful "self-promotion" device as well as a idea-promotion device, perhaps I can use it authentically in that manner?

Considering the American character, is it really a surprise that social media like Twitter is an American invention? We've long since liked self-promoting ourselves through our own exceptionalist beliefs. We historically throughout our past have had leaders talk about us being a beacon to the rest of the world, a light in a world of darkness. Twitter, no doubt, provides us with a personal mega-horn, or so we think, to shout "What's happening?" in our lives and in our worlds that we think might serve as a beacon for others. But have we really stopped to think, are we really reading all those "tweets" in our timelines? Is anyone reading them? Or if we're reading them, are simply looking for words that also validate our view of the world? Then, because we've chosen whom to follow, these words are like the words of so many cyber-sycophants, only telling us what we want to hear?