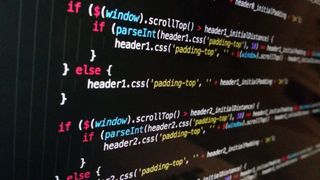 Today, Black Girls CODE, the non-profit organization dedicated to teaching girls ages 7-17 about computer programming and technology, cut the ribbon on its redesigned New York Tech Exploration Lab that’s co-located within its existing East Coast office within Google’s New York headquarters. Along with the opening of their new tech lab, CEO Kimberly Bryant announced the organization’s new Board of Directors.

Designed to look like the inside of a computer, the new space was built for the sole purpose of bringing both new and existing BGC students closer to the innovative technologies used within the workshops the organization hosts throughout the year on topics such as game development, robotics, virtual reality, blockchain and more.

“We’ve been working with Google to improve diversity in the STEM industry since we were founded in 2012,” says Black Girls CODE CEO Kimberly Bryant. “This new space will bring us one step closer to our goal of teaching 1 million girls to code by 2040. Here we will hold workshops, host talks, and also provide after-school and summer programs for students eager to learn skills for building mobile apps, virtual reality games, and more.”

To learn more about Black Girls CODE, events, or ways to get involved, visit http://www.blackgirlscode.com.