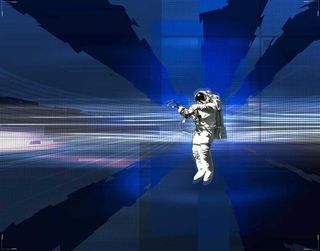 As part of its Generation Beyond K-12 STEM education initiative, developed in partnership with Discovery Education, Lockheed Martin has announced the winners of a nationwide contest asking students to design a Mars-orbiting science lab and living spaces, or Mars Base Camp Habitation Module, that will dock with NASA’s Orion deep space spacecraft.

The contest asked middle schoolers to submit their best design ideas for a Habitation Module that will provide all of the systems and living spaces that a crew needs for a long mission.

[Building Our Own Equipment: When Chemistry and "Making" Collide!]

The individual winner is from Skokie, Illinois and the team winners reside in Portland, Oregon. Their winning entries are available at: www.generationbeyondinschool.com.

Lockheed Martin also created an app called Mars Walk that simulates what it’s like to explore the surface of Mars. Classroom resources are available at generationbeyondinschool.com and the Mars Walk app is available for download on iPhone or Android.

To learn more about Generation Beyond, visit www.generationbeyondinschool.com.