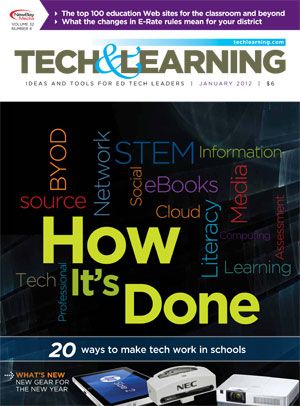 SCHOOLCIO: 10 Things Schools Need to Know About the New E-Rate
While the basic structure of E-rate has remained the same, the FCC sixth Report and Order brought some major changes to the program. SchoolCIO spoke with John Harrington, chief executive officer of Funds for Learning to gain insight into the latest iteration.

Special Section How It’s Done: 20 Ways to Make Tech Work in Schools
The latest controversy in the education press has once again become a handwringing, brow-furrowing discussion on whether or not technology “works” in the classroom. Well, here is the answer: it does work. And what follows is how you can do it.