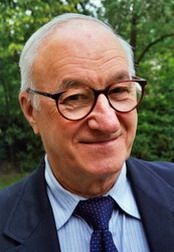 Albert Bandura (born 1925) did pioneering research on social learning theory early in his five-decade career at Stanford Univeristy. The Alberta, Canada, native is best known in education circles for his research on the role of social modeling in human motivation, as evidenced by the famous Bobo doll experiment in 1961. That experiment demonstrated that behaviors such as aggression are learned by observing and imitating others. Bandura has been at Stanford since 1953 and is professor emeritus of psychology. His current research focuses on the influential role of people's beliefs in their ability to exercise control over their lives in their self-development and self-renewal throughout their life course.

How has Bandura influenced you as an educator?