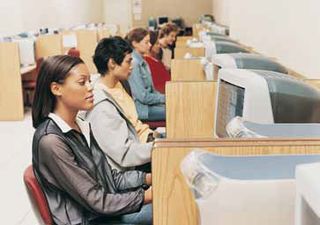 A recent study from the Center for American Progress concludes that too many students are using technology for lower-order skills, such as drill and practice programs. The report, “Are Schools Getting a Big Enough Bang for Their Education Technology Buck?” argues that, in order to compete globally, students must be prepared to use computers in more advanced ways and sets forth a series of recommendations aimed at helping schools make the most of their investments in technology. Among the findings are the following:

■ States are not looking at what sorts of outcomes they are getting for their technology spending. The Center did a systematic survey of state department of education Web sites from all 50 states and the District of Columbia and found no evidence that any state had conducted a large-scale technology ROI study. It appears that states instead collect data only on the presence of technology, such as the number of schools with high-speed Internet access.