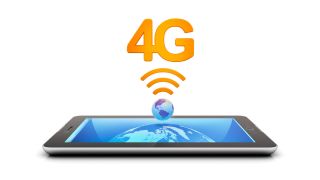 CES is a platform for manufacturers to announce and showcase their latest tech, often giving a glimpse of trends to come within the industry.

For this week’s show, connected PCs (specifically notebooks and 2-in-1 tablets) are expected to be center focus for many vendors. We have seen major PC manufacturers like Asus, HP and Lenovo recently enter the LTE fray with the help of ARM-based Qualcomm Snapdragon CPUs, joining vendors like Microsoft, which has made cellular versions of its Surface line since 2014.  The move to offer these always- connected devices speaks to the proliferation of smartphones as a daily (sometimes hourly) tool and our always-connected lifestyles.

The introduction of Qualcomm Snapdragon chips looks to bring this feature to more mainstream audiences, and possibly give Intel a run for its money down the line. Qualcomm recently upped the ante, announcing its new Snapdragon 8cx Compute Platform, specifically designed for PCs and now supporting Windows 10 Enterprise.

There still does not seem to be a consensus for what to call notebooks and 2-in-1 tablets that are capable of connecting to the Internet without WiFi in the same fashion as our smartphones. Some of the terms you will see from retailers and manufacturers include mobile broadband, LTE, cellular, and always-connected, which may hinder some consumers from understanding what the device is capable of, and why they are expected to pay a premium compared to non-connected devices.  For these devices to succeed, they not only need to solve a problem — staying connected on-the-go — but to market that solution effectively to consumers.

For Qualcomm, the genesis of mobile computing goes back to the end of 2016, when it announced a partnership with Microsoft to create Windows 10 mobile computing devices powered by Qualcomm’s Snapdragon processors.

In spring of the following year, Qualcomm announced its plan to bring its ARM-based Snapdragon-powered PCs to market, touting longer battery life due to a more energy-efficient chip design, lighter and thinner form factors aided by a reduction in battery size, and the ability to connect to cellular networks.

Asus, HP and Lenovo were the first OEM partners to announce devices equipped with Qualcomm Snapdragon processors, making headlines at the Computex trade show in summer 2017.  The devices would not hit the U.S. retail channel until well into 2018, with slow adoption among brick-and-mortar retailers.  However, recent adoption at Best Buy suggests 2019 will see more of these always-connected device hit shelves.

Qualcomm Snapdragon chips are not the first or only chips to allow for LTE-connectivity on mobile PCs, but are helping to usher in cellular capabilities to mainstream consumer devices.  A current drawback for the CPUs are their current lack of power (considering similar chips power smartphones), which makes it hard for consumers to justify spending the same amount on an always-connected PC as they would for a mid-range notebook with an Intel Core i5 processor.

However, Arm holdings, the company whose design is used to create the Snapdragon chipsets, made an announcement last year that could potentially prove to be a major disruptor down the line. The company released a roadmap for its processors covering the next two years, showing a performance trajectory of its x86 chip that is directly compared with Intel’s Core i5 series, with a predicted jump in Arm’s performance in 2019 and 2020 with the respective releases of its Deimos and Hercules chips.  If this comes to fruition, we could be looking at lightweight, always-connected PCs with all-day battery life that match, if not exceed, the performance of mid-range chips like the Core i5.

As smartphones continue to push against the dominance of PCs, vendors will continue to push back with innovations aimed at keeping the devices essential in productivity and entertainment. Portability, all-day battery-life and uninterrupted connectivity, all features we associated smartphones, will continue to proliferate within notebooks and 2-in-1 tablets this year.  Consumer demand, adoption and satisfaction remain in question, but its looks like Qualcomm aims to tackle these head-on.

This week at CES 2019, look for Qualcomm to put its newly announced Snapdragon processor front and center, and to promote partnerships like its recently announced venture with Mozilla to bring FireFox to its Snapdragon-powered PCs.  Vendors will likely be taking advantage of the timing to announce their own lines of always-connected PCs equipped with Qualcomm’s latest processor, touting thinner and lighter devices capable of running all day, while also keeping users connected on the go.

Dustin Downs is an industry analyst at Gap Intelligence.