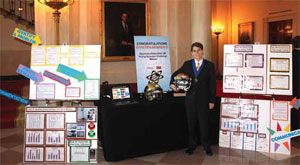 This is the 10-year anniversary of Microsoft Imagine Cup, the student technology competition. Students can register now to help solve the world’s toughest problems … and win prizes. Prizes include Kinect for Xbox 360 (6 winners per week) and an all-inclusive trip to Australia for the 2012 Imagine Cup Worldwide Finals in Sydney.