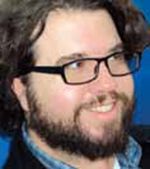 Online bullying. Sexting. Google cheats. Sometimes the drumbeat of negative stories with regard to student tech use can be pretty discouraging. That kind of stuff never happened back in the good old days—say 2006—right? Even as an admitted techie fan, I sometimes question my own children’s exposure to this brave new virtual world.

Leave it to former President Bill Clinton to offer some perspective. Last month I had the opportunity to hear both him and CEO Michael Dell speak at a corporate Dell event in Austin, TX. In classic Clintonian style (started late and went long), he mentioned that during his two terms as president he sent exactly two emails—one to astronaut John Glenn, who was in orbit, and one to troops stationed abroad. My eight-year-old will most likely send more than that just this afternoon.

And that’s a good thing! For while there are some unpleasant realities to these new experiences, there are many more examples of fantastic progress. Clinton and Dell went on to discuss genomic dissection and the Higgs-Boson discovery; none of that would be possible without these IT tools. While our T&L advisor predictions are somewhat less radical, they are still rather amazing when put into historical context. Tablet devices for every student with access to an always-on cloud of information and communication across the world? No way in 2006! So as we start another year, let’s try to focus on the incredible opportunities instead of just the bogeymen. I look forward to it!