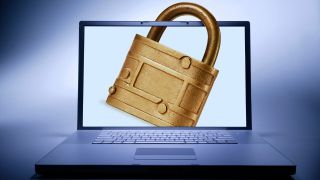 In late March, the FBI cautioned that children's increased online presence due to widespread school closings presents a greater risk to them for exploitation by internet predators. Subsequently, Forbes magazine reported that online child exploitation complaints have indeed skyrocketed.  This increased risk to the health and safety of young people is the reason Impero has released its real-time web content filtering solution for schools.

Powered by Netsweeper, Impero Web:check analyzes web content in real-time, protecting students from inappropriate or malicious content both in and out of the classroom.

Impero Web:check blocks potentially harmful material in multiple languages across more than 90 areas, including extremism, weapons, and substance abuse. The software also provides regular reports highlighting concerning patterns in student web activity so that staff can reach out to offer support to students at risk. The software scans approximately 150 million new URLs each day and categorizes and filters on average 408,000 webpages in real-time, ensuring that blocklists are always up to date.

“It’s an undeniable fact that online risks have increased over the years and especially during the lockdown. This was a major topic of discussion at our recent safeguarding virtual roundtable, where experts discussed the growth and proliferation of online threats," said Justin Reilly, former teacher and CEO of Impero.

Available on-site or cloud-hosted, the software enforces the ‘Safe Search’ functionality across popular web search engines such as Google, Bing and YouTube. Impero Web:check protections can be applied outside of the classroom by delivering traffic directly back to the school via a device filter, which is available as an add-on.

20 Sites and Apps for Special Education