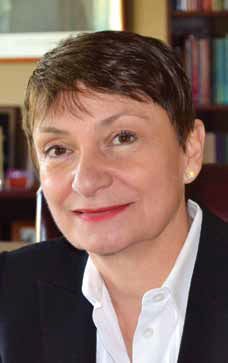 Debra Jackson doesn’t just talk about innovation. As superintendent of Highland Falls-Fort Montgomery (NY) Central School District (HFFMCSD) for the last six years, Jackson has made sure that her teachers, administrators, families, and students have had the support to come up with new ideas and try them out. “For me, the whole idea of moving forward is allowing people to take risks and be creative, and then make decisions about what works,” she says. “I like to bring in all voices, including students. In the past three years we’ve seen a huge shift, and it’s incredibly exciting.”

The shift is due in large part to the $800,000 Department of Education grant Jackson secured in the spring of 2010 for instructional technology to support inquiry-based learning. She hired a director of innovation and instructional technology to spearhead the initiative, which began with an infrastructure upgrade and the formation of a technology leadership team. The district was already working with the Spiral model for change (dialogos.com) before the grant, but the money allowed them to focus on supporting teacher leadership and changing the culture. “It’s not just about technology,” says Jackson. “It’s about discovering what we can do to catapult us ahead.” The tech leadership team, which included students, spoke with vendors to discover the ways technology might help change their instructional practice. Teachers played with ideas and tools to see what worked, and the next year the team expanded as people shared what they had learned. Today, nearly one-quarter of the teachers are on that team and all are engaged in inquiry learning.

A true visionary, however, knows that change comes from engaging all stakeholders. “Early on, we knew that if we were asking teachers and students to change we had to support that at every level, so we got iPads for the board and instituted paperless board meetings,” says Jackson. “They gained appreciation for the work we are doing. It’s truly a district-wide shift.”

In the fall of 2010, HFFMCSD launched a 1:1 Nook Colors program for high school juniors and seniors. Next fall, the Nooks will be replaced by tablets (most likely the Nexus 7), and 1st- and 2ndgrade students will inherit the Nooks. Middleschool students use iPads for social studies and higher-level writing work. Students in grades 7-12 use probes, netbooks, and apps on the Nexus 7, and they also use Google Docs in science to collect, analyze, and share data. Every class creates its own grade-level understanding of responsible use based on the district’s Acceptable Use Policy, which Jackson says reinforces the purposefulness of tech integration.

The next steps, says Jackson, are continuing to grow leaders by having teachers present their work and share ideas, involving students more deeply in the process, adding a cultural diversity component, and developing tools to better engage parents and the greater community. “Above all, it’s about working together and getting rid of silos forever.”