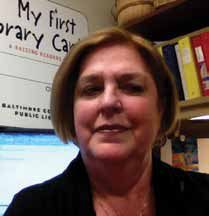 “Our three winners stood out in a field of more than 120 innovative edtech leaders for a number of reasons,” says Kevin Hogan, editorial director for NewBay Media’s Tech & Learning Group. “First was their initiative, breaking out into unknown territory and creating new and exciting programs in the classroom. Second was their ability to find the larger context of a successful tech integration, which is that all people involved—students, parents, faculty, administration, the boards, the greater public—also have to be invested. Third, it was their understanding that these programs are an ongoing process, not a one-shot deal.” Meet these three visionaries, who exemplify extraordinary leadership in education technology, often working within budgetary restrictions and with limited resources.

It’s no surprise that Della Curtis received 19 nominations for Leader of the Year. This longtime visionary has been singing technology’s praises since 1981 and recognizes the role tech plays in empowering students to develop and learn to their potential.

From the professional-development courses she teaches to the Webcams she put in every library, Curtis leaves no stone unturned. “Della continuously updates herself on which technology is available and how it may be used to improve instruction,” says Robert Zienta, a library information specialist at Baltimore County Public Schools. “Through her efforts, the achievement of our students has continued to increase.”

Curtis encourages everyone to use technology to improve student achievement. The library Web site features online research models (ORMs) that allow students to do much more than regurgitate facts and figures. It lets them use guided research to study on their own and think creatively. Teachers use the ORMs to enhance learning and encourage students to want to know more.

She has led extensive staff development to help teachers integrate Web 2.0 tools into all BCPS classrooms, secured funding to supply 173 schools with an extensive database, and set up a wiki for BCPS staff. The wiki includes learning modules, instructions, and suggestions for classroom use.

About five years ago, Curtis negotiated with Follett Library Resources to create an online public-access catalog for students, teachers, staff, and parents so they’d be able to get into the library’s print and media collections from home. Students use it to write and publish book and video reviews.

JoAnne Dement, another library media specialist at BCPS, says that Curtis’s diligence has resulted in technology’s being thoughtfully woven into the curriculum when it is rewritten each summer. Dement points out that Curtis never asks anyone to do what she has not done herself. Furthermore, by teaching several library-technologybased courses at Towson University, Curtis is personally ensuring that the next group of library media specialists will continue her work. “I hate to think where BCPS would be today without the tireless but enthusiastic work of Della Curtis,” Dement says.

Most people in Tucson credit Superintendent Manuel L. Isquierdo with helping Sunnyside USD become the district with students seeking a better education. Thanks to his strong leadership, graduation numbers have improved and the district is becoming known as a model for technology leadership.

But it wasn’t always this way.

In July 2007, when Isquierdo took on the top role, Sunnyside was known as a dropout factory. Isquierdo immediately focused on reversing that reputation. Using research that showed the value of classroom technology in reducing dropout rates, he worked with principals, teachers, and counselors to develop Project Graduation: The Digital Advantage, a program that focused the entire community on graduation as the primary goal. Through the program, which started in 2008, a high school freshman earned a netbook by achieving the four As: attendance (98 percent), achievement (minimum 2.5 GPA), attitude (no suspensions), and activity (participation in at least one extracurricular activity). Sophomores, juniors, and seniors also earned netbooks, but they had to achieve a 3.5 GPA for three quarters.

Project Graduation included credit recovery, assistance to eighth graders transitioning to high school, a freshman intervention program designed to catch students before they fail, and an advisory period to foster studentteacher relationships. A tremendous fund-raising effort generated more than $1.1 million for the program from community and corporate sponsors. Local businesses also contributed, by supplying free wireless-access hotspots for students and families who could not afford home Internet access.

Building on the Project Graduation framework, Isquierdo expanded the district’s adoption of programs designed to put technology into students’ hands. Through a dropoutrecovery initiative, he encouraged community members who had not graduated from high school to complete requirements through an online accreditation program. Another initiative assigned netbooks to parents and provided them with computer-training workshops.

When Federal American Recovery and Reinvestment Act stimulus dollars became available in 2008, Isquierdo launched an even more ambitious technology plan to replace the free-netbook initiative. In May 2010, the district gave out almost 2,000 laptops, one for each teacher. Now the teachers are modeling 21st-century skills and technology is playing a strong role in reading, writing, math, and social studies.

In fall 2010, the first phase of a one-to-one computing plan began by providing a netbook to every fifthgrade student. Over the next three years, the goal is to give a netbook to every student in grades five through 12. Sunnyside’s classrooms are also receiving interactive whiteboards.

“People say that technology can transform teaching and learning. In Sunnyside this is happening,” Isquierdo says. “We are bridging the digital divide, the economic divide, and the language divide with our technology initiatives. Sunnyside is at its ‘tipping point.’ And as Malcom Gladwell indicates in his best-selling book [The Tipping Point], our change is irreversible. I am excited to be a part of that change.”

A Lifetime Committed to Tech

David W. Brown
Chair of the computer science department at the Charter School of Wilmington (CSW) in Delaware

David Brown has been a teacher, department chair, vice president of technology, and technology director. In each role, he created innovative, productive, and viable programs for students and staff.

Today he chairs the computerscience department at the Charter School of Wilmington, which was ranked number 19 on this year’s U.S. News & World Report Best High Schools for Math and Science list. Although he’s been at CSW only 15 months, Brown has already revamped the computer-science department and curriculum and written and received a $50,000 co-authored grant from ING Direct Bank to upgrade the math and computer science departments’ technology programs. With some of the grant money, he also installed a computer-science lab in which students can conduct research and work on higher-level technology projects.

A firm believer in the importance of STEM, Brown helped revise the Charter School of Wilmington’s required computer-science course to include a broad-spectrum area of computerscience fundamentals, with the goal of sparking interest in the field as a vocation, major, or college course.

As he says, “I’ve been a computer science educator for decades—way before STEM came to the forefront. Although the state of Delaware hasn’t recognized computer science as a credentialed program, I want to allow students to get a taste of comp science as a vocation or profession.” The required course delves into a variety of areas a computer scientist would be involved in, including computer-science history, logic, Boolean algebra, security and ethics, and the pros and cons of social media, as well as programming.

Since 1994, Brown has conducted a research program in human and computer factors at all the schools he’s worked at. Students form research teams and, with Brown, write a paper on the interaction between computers and humans. CSW students are already working on papers about social media that is facilitated by intelligent whiteboards, high-end computers, and communication via Google Chat. “I’ve always believed that students can do this kind of work,” he says. “A lot of people think it’s for the university or professional level, but the papers we’ve submitted to blind review have been accepted on merit. I’ve worked with kids as young as 13 or 14; it just depends on their capability and motivation.”

Brown’s colleagues value him as much as his students do. “David is an exceptionally talented educator,” says Walter Warner, former CSW president. “His creative and innovative approach to teaching others to use technology to enhance and extend student learning in all academic disciplines is unparalleled in my 30-plus years in education.”

CSW’s board is extremely supportive of anything that might increase interest and participation in computer science, as research is a fundamental of the school’s charter. Thanks to Brown’s perseverance, CSW is now able to advance computer science as a viable STEM option.

But it’s the technology that gets him up in the morning. As he says, “From the early days of micro computers in 1977, I’ve seen students get fired up and interested in using computers and technology for entertainment, research, and communication. We are going to see incredible advances in years to come that we haven’t even thought about.”

The following nominees also exemplified excellent work in the area of edtech, inspiring our first ever runners-up list.