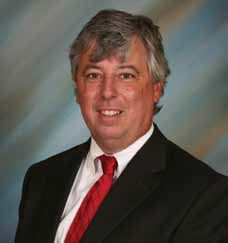 When Superintendent Matt Akin and his colleagues started down the technology-implementation path, they saw it as a way to not only transform learning but also lift up an entire recession-battered community.

With these overarching goals in mind, Piedmont City School District launched the mPower Piedmont 1:1 program in 2010. The first step? Providing every teacher and student in grades 4-12 with a MacBook.

mPower is much more than a 1:1 initiative, however. To transform the community around education, Akin and his team wanted to close the digital divide so that everyone in Piedmont had equitable access to technology. They applied for a federal grant called Learning On-the-Go. The program gives students—including those from low-income families who may have no Internet service at home—access to homework assignments, study guides, digital textbooks, and other resources outside of regular school hours. Of the 20 districts across the nation that received the grant, Piedmont was the only one to come up with something other than a wireless air card. Piedmont’s idea was to cast a citywide wireless mesh so they would have the technology infrastructure to support student learning that could also support economic development for the entire city.

To build consensus for this plan, the district’s leadership team attended meetings of the city council, school board, Lion’s Club, church groups, and more. “It was important for our community leaders to understand why we were doing this,” says Akin. “Because we were spending a lot of money, I wanted everyone to know our plan and what impact it would have on our students.”

Just three years into mPower Piedmont, the impact is evident. District enrollment has grown by 200 students and more people are moving to the town so their children can attend Piedmont schools. Piedmont High School was recently named a National Blue Ribbon School, which is an honor bestowed on only five Alabama schools per year. It has been ranked the #2 “Most Connected” school nationally by U.S. News & World Report and was recognized by Apple Computer as an Apple Distinguished School, one of 56 in the nation and the only one in Alabama. Finally, it has been recognized in U.S. News & World Report for six years in a row as one of America’s top high schools.

While the external accolades are gratifying, the district is far more focused on student success. Since mPower Piedmont has been in place, a large percentage of students have moved from meeting academic achievement standards to exceeding standards on the Alabama High School Graduation Exam. “Our mPower Piedmont initiative revolves around community transformation through education,” says Akin. “Ultimately, by personalizing learning and providing all students with laptops and home Internet access, we have the opportunity to not only level the playing field but ultimately provide our students opportunities that would not be available in most settings.”