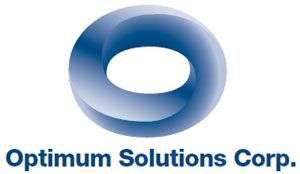 It’s not easy out there: state and local school district budgets continue to decline due to the recession, and federal aid to states is slated to expire before state revenues recover. However, some school districts are applying new technology products to increase teacher and administrative productivity.

The process involves scanning student test booklets and uploading images of their responses into the EASE scoring software. Scorers view the images online and assign scores electronically. The images are then stored and are retrievable using electronic archiving. The EASE system, which is fully turnkey, has 17 integrated components, the key ones being a scoring environment that facilitates faster, more efficient test scoring; a workflow interface for assessment processing that assists in managing the scoring process; OSC’s proprietary Closed End Mark Sense Processing software; and embedded data cleaning, formatting and reporting C-type programming language that allows for user customization.

The pilot project went so well that it was significantly expanded to include the Nassau BOCES, which serves the county’s 56 school districts on Long Island. Nassau BOCES then partnered with 14 other districts to score 5,000 fifth-grade social studies exams. In May 2010, the program was successfully expanded once again, to score several thousand English Language Arts (ELA) and math exams for grades 3 through 8.

“[The EASE] system expedites and increases the accuracy of scoring, reducing district costs for hiring substitute teachers and keeping teachers in the classroom educating their students,” Richez declares. “Ultimately, I’m hoping we move into electronic scoring throughout New York State using EASE as the resource for local districts. It’s a much more focused and effective way to get scoring accomplished.”