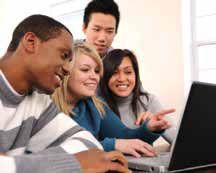 Most parents now support mobile devices for learning, Project Tomorrow’s fall Speak Up 2010 survey found. In the annual survey, 61 percent of parents said they liked the idea of students using mobile devices to access online textbooks. Other key findings are:

¦ In contrast, 65 percent of administrators strongly disapproved of allowing students to use their own mobile devices.

¦ 35 percent of high school students reported that they used an online textbook or another online curriculum.

¦ 53 percent of middle and high school students reported that the inability to use cell phones, smart phones, or MP3 players was the largest obstacle to using technology in school.