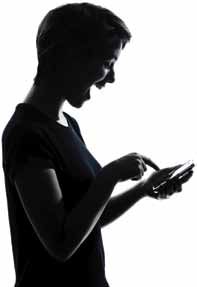 ✱ Girls outpace boys in use of many digital tools for learning, particularly the socially based tools like texting and collaborating online.

✱ 29 percent of high school boys say that they are very interested in a job or career in a STEM field, but only 19 percent of girls say the same.

✱ In four years, the percentage of middle school students taking tests online increased from 32 to 47 percent.

✱ Only one-third of middle school students say that for schoolwork reading, they prefer to read digital materials rather than printed materials.

✱ Digital equity, including student access to the Internet outside of school, is a growing concern among district technology leaders, with 46 percent saying it is one of the most challenging issues they face today (compared to just 19 percent in 2010).