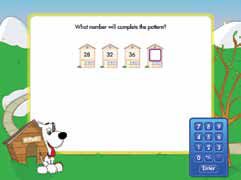 Too often, reviews of edtech fall short of reality. Sure, speeds and feeds are important to consider, but how does this stuff work in the real world? T&L will try to answer that question this school year when our editors follow the stakeholders at Village Charter School (VCS) in Trenton, NJ as they implement Pearson’s SuccessMaker software on a 40-seat Dell PC desktop network. For a full, comprehensive look at the project, including specific product details and costs, a profile on VCS, supplemental resources, etc., go to techlearning.com and click on The Long Review.

This month: Meet the students: In action in the classroom

The last months of summer and early fall of the Long Review have all been preparation for now, as the ultimate reviewers—the kids— begin to use the Pearson/Dell labs in earnest. When students arrived back at school this September, the addition of two new media labs stuffed with sleek desktops was more than just a pleasant surprise. During back-to-school night, children excitedly tugged their parents over to have a turn to “play with the Pearson stuff.” The teachers fed off the energy of the children as they explained to parents how they have rearranged schedules in order for students to get time on the computers but trying not to sacrifice time from other disciplines (perhaps an impossible task).

Even weeks later, the euphoria is sustained. When students are asked how they enjoy working with the software, there are almost unanimous smiles. The log-in process and initial testing is simple enough for anyone who knows their way around a mouse and keyboard. The courseware certainly tightens the gap between gaming and curriculum closer together. Both reading and math instruction is interactive. Lessons guide students through instruction and practice with plenty of animation and multimedia effects. A local television station reported on the Long Review experiment and captured some initial student reactions: “I like it a lot. When I’m on math and I have a hard question, it breaks it down for me.”

Skeptics may point out that these initial reactions to fancy new gear, while natural, is due to nothing more than technology as novelty and does not address curriculum mastery, which is true to a point. Yet there are many other intangibles at work here: just having these sort of tools has done much to bolster the pride of this mostly urban student population, a majority of whom are on free or reduced lunch; having students regularly using the desktops is improving basic technology literacy; and most importantly the kids look forward to “playing with the Pearson stuff,” which means they like going to school.

The question of whether or not the Pearson/Dell labs succeed in improving Village’s moribund test scores will obviously be over the course of this experiment. One thing is clear now however: The reviewers are enthused, intrigued, and engaged at the start.