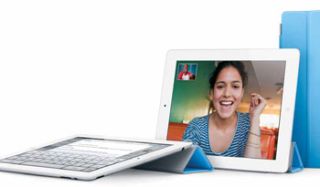 An interesting shift is occurring in my district. The iPad is generating more discussion about the role of technology in learning than any tool or event to date. In trying to understand the reason for this, I’ve come to believe that the design and tactile experience of the iPad are primarily what make this device different and enable these conversations.

The buzz is more than simply an interest in a cool tool; it’s an inquisitive and curious attitude about new possibilities. The simplicity of the apps seems to get people considering which apps may already exist and which have still to be created. Also, these devices are all about customization. Most desktops and laptops do not encourage people to do much beyond use the software outside the default installation. The average user doesn’t seek to tweak or tinker. The iPad is all about tinkering. While many would argue against the iPad on the grounds that it is purely a consumption device, the addition of a camera, creation software such as iMovie and GarageBand, and keyboard enhancements allow it to offer some of the best creative applications for education.

This new buzz isn’t really about the iPad as much as it is about computing being made easier. Computers should be imagination machines. The conversations I’ve had recently with teachers and administrators suggest that they are beginning to see more possibilities. The iPad is making it easy to advance the discussion to considering how technology might make learning different. Partly that’s because with this device, there seems to be a level playing field. There is no iPad curriculum—at least not yet, and I hope there never will be. Much as in the Hole in the Wall experiment, everyone seems to sense that there’s something interesting here and are willing to explore and play. That exploration is naturally facilitating conversations I’ve not seen being generated before.

Another reason for the iPad buzz is that the device’s form factor allows users to easily manipulate and “own” it. No longer are they dependent on a keyboard and mouse as the primary input device; now they can have a more intimate experience with content and ideas. The keyboard served as prosthesis, whereas the iPad and other touch devices eliminate the middleman. Teachers are asking how to create content for the iPad. The epub format in particular has enormous potential. The development of homegrown textbooks is within our grasp.

These possibilities have existed for years. Open-source software similarly offered hope, but for the most part the learning curve was not overcome by the masses. Those who created the technology have generally been the ones who persevered and were willing to put in the time to succeed with it. It will still take time and sweat to create beauty and quality, but I believe that the iPad represents a new possibility. I’ll keep my fingers crossed.