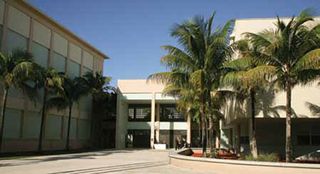 Miami-Dade County Public Schools, the fourth-largest school district in the United States, is acting on its vision of technology equality for all students by putting a Meru wireless network in all 365 schools. When the project is complete, the Miami-Dade County Public Schools (M-DCPS) will have the reliable, flexible infrastructure in place for 1:1 computing, giving every student in the district access to a world of digital resources including e -textbooks, YouTube EDU, online courses, and whatever else the future may hold.

The M-DCPS vision for technology equality extends to a connected community. Providing technology access is a moral imperative for the district. “Students are at a distinct disadvantage in life if they don’t have a computer at home or attend a school that has a computer for every child,” says Deborah Karcher, CIO.

The first step toward a connected community was DadeSchools.net, a set of portals for students, parents, teachers, staff, and the community. Once the portals and content were in place, the focus turned to the means of access. The district has 130,000 desktop computers—not enough for the entire student population. “We want to leverage what students have in their backpacks, and let them bring their own devices to use responsibly at school,” says Paul Smith, director of Technology Services.

• Scalability. The district’s need for connectivity is accelerating.
• Reliability. All core testing is also now computer-based, requiring that connections be absolutely reliable.
• Agility. “We need agile connectivity, where we can move a kid anywhere within the school environment and still have them connected,” explains Smith.
• High-performance. New educational content such as multimedia and IPTV depend on it.

To date, 2,000 Meru AP320 access points are up and running in the first-priority schools. The district started with a hybrid wireless network, putting wireless hotspots in areas where students gather in large concentrations, such as auditoriums and the cafeterias, and moving to pervasive wireless in all the classrooms as funding becomes available. Soon there will be more than 15,000 APs installed district-wide.