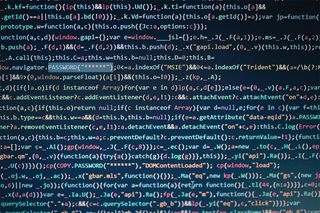 Promoting computer programming is an aspect of technology in education that we would get right, and then wrong, and then right again. We emphasized programming in the 1980s, partly because that was what you did with computers—but more importantly because of the critical habits of mind that it instilled. Logo was a programming language that was developed for just this purpose. Created by mathematician and computer scientist Seymour Papert at MIT, the language enabled students to use computer code to move a digital turtle around on the screen. Dragging a pen behind it, the turtle’s programmed movements could result in drawing exciting geometric designs. Papert wanted to provide a way for students to learn math by giving them a language with which they could think mathematically in order to produce images. It was a way of using the computer as a machine for helping us learn to think—a revolutionary notion.

Unfortunately, our ideas about computers in education changed as instructional software became more plentiful. Computers as tools for thinking changed to computers as teaching tools. The new software was designed to trick our children into learning the math, reading, grammar, social studies, and science in a way that supported our existing curriculum. In other words, we were giving teachers a tool with which they could continue doing what they were already doing, without advancing the what, how, and why of education.

Today, in the second decade of the twenty-first century, we are starting to rediscover the value of that initial approach, learning and teaching computer programming for the habits of mind that it promotes.

Coding has also become “cool”! Personally, I am convinced that much of what I have accomplished in my career and my continued learning comes from my initial introduction to computers and the requirement that I learn to program them. They have always been my Swiss army knife, a multipurpose tool with which I can shape and reshape solutions to my particular needs. For me, it is a uniquely personal tool.

As more and more literature emerged in the early 1980s about the potentials of computers in the classroom, I tried to duplicate some of the software I was reading about. Since my school never budgeted for software, I developed basic word processing and database programs for our TRS-80 computers. Inspired by Logo, I wrote a program that simulated some of its features. My students could write code that created images on the computer’s screen. Even though it lacked the powerful mathematical underpinnings of Logo, it still gave my students the sense of control over the technology that programming engenders.

Because I was learning to use computers by programming them, and because my work was mostly ignored by everyone around me except my students, I remember those years as intensely exciting—and liberating. The imagination that I so vehemently associated with teaching was unleashed by a growing knowledge and understanding of this universal machine. I was also becoming increasingly aware of critical realms of knowledge and thinking skills that we were not teaching—and it was clear to me that we needed to rethink much of the what, how, and why of education. This would require a revolution.

David Warlick is an educator, author, programmer, and public speaker. An early adopter and promoter of technology in the classroom, his story chronicles more than thirty years of technological advancement and the revolution it has ignited in how we conduct schooling.