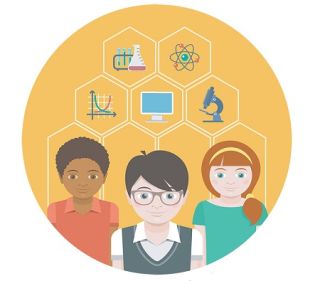 Tocqueville’s observations about the curious version of democracy that Americans were cultivating in the 1830s have served as a touchstone for social scientists ever since. One sociologist writes about the continued relevance of what Tocqueville noticed way back then, particularly the odd fact that we cherish our commitment to individualism, yet experience a “relentless pressure to conform.” Each of us can do what he likes as long as he ends up fundamentally similar to everyone else: You’re “free to expand as a standardized individual.” (John W. Meyer, “Myths of Socialization and of Personality”).

A couple of decades ago, that last phrase reminded me of how our pitiful individuality was screwed to the backs of our cars in the form of customized license plates. Today it brings to mind what goes by the name “personalized learning.”

A suffix can change everything. When you attach -ality to sentiment, for example, you end up with what Wallace Stevens called a failure of feeling. When -ized is added to personal, again, the original idea has been not merely changed but corrupted — and even worse is something we might call Personalized Learning, Inc. (PLI), in which companies sell us digital products to monitor students while purporting to respond to the differences among them.

Personal learning entails working with each child to create projects of intellectual discovery that reflect his or her unique needs and interests. It requires the presence of a caring teacher who knows each child well.

Personalized learning entails adjusting the difficulty level of prefabricated skills-based exercises based on students’ test scores. It requires the purchase of software from one of those companies that can afford full-page ads in Education Week.

For some time, corporations have sold mass-produced commodities of questionable value and then permitted us to customize peripheral details to suit our “preferences.” In the 1970s, Burger King rolled out its “Have it your way!” campaign, announcing that we were now empowered to request a recently thawed slab of factory-produced ground meat without the usual pickle — or even with extra lettuce! In America, I can be me!

A couple of decades later, the production company that created Barney, the alarmingly friendly purple dinosaur, sold personalized videos called “My Party with Barney.” You mailed them a photo of your kid’s face and they digitally attached it to a generic animated child’s body that “plays” with Barney in the video. Your kid’s name is also inserted into the soundtrack every so often to complete the customization, with Barney enthusing: “Have a balloon … Abigail!” The result may have delighted, or even fooled, some three-year-olds. But why in god’s name are adult educators buying the equivalent of My Party with Barney in order to boost their students’ reading scores?

How can we tell when the lovely idea of personal learning has been co-opted and then twisted into PLI? Here are four warning signs:

1 The tasks have been personalized for kids, not created by them.

With PLI, the center of gravity is outside the students (as Dewey once put it), and their choices are limited to when — or maybe, if they’re lucky, how – they’ll master a set of skills mandated by people who have never met them. In the words of education author Will Richardson, “‘Personalized’ learning is something that we do to kids; ‘personal’ learning is something they do for themselves.”

Sometimes one of the corporate folks will let slip an acknowledgment of just how student-centered their programs aren’t. “In education,” a publishing executive explained to a reporter, personalization is “not about giving students what they want, it’s about a recommended learning path just for them.” A term like “mass customized learning,” meanwhile, may sound Orwellian but it’s not really an oxymoron because what’s customized is mass-produced – which is to say, standardized. Authentic personal learning isn’t.

2 Education is about the transmission of bits of information, not the construction of meaning.

Closely related to the pseudochoice provided to students is the underlying model of learning. Behaviorism, the beast that just won’t die, lurks at the core of PLI, just as it animates “competency-based progression,” “mastery learning,” and programs that tweak the “delivery of instruction.” (Hint: Unless someone is sending out for pizza at a faculty meeting, the word delivery is always troubling in the context of schooling.)

In fact, the perceived need to personalize probably comes from this way of thinking about education in the first place. If the point is to dump a load of facts into children, then it may be necessary to adjust the style and rate of dumping – and to help teachers become more efficient at it. But if the point is to help kids understand ideas from the inside out and answer their own questions about the world, then what they’re doing is already personal (and varied). It doesn’t have to be artificially personalized.

3 The main objective is just to raise test scores.

This explains PLI’s constant use of instruments that resemble standardized tests. When we hear a phrase like “monitor students’ progress,” we should immediately ask, “What do you mean by progress?” That word, like achievement, often refers to nothing more than results on dreadful tests. And the next logical question when something is described as a way of “personalizing” instruction: “What’s the effect of this on kids’ interest in reading or math or writing – or in school itself ?” Personal learning tends to nourish kids’ curiosity and deepen their enthusiasm. “Personalized” or “customized” learning – not so much.

But the red light flashes here not just because of the focus on standardized tests but because of the larger preoccupation with data data data data data. Elsewhere, I’ve written about the folly of believing that everything can and should be reduced to numbers. PLI shamelessly clings to this myopic and outdated worldview. One of those ads in Education Week not long ago featured a comically enthusiastic cartoon owl in a tuxedo wearing an “I [heart] Data” button. This drawing was followed by boasts about the company’s “computer-adaptive assessments and instruction” that “constantly generate data to personalize learning.” (Honest — it appeared in Ed. Week, not in The Onion.)

The assumption here is that curriculum can be broken into little pieces, and that skills are acquired sequentially and can be assessed with discrete, contrived tests and reductive rubrics. Tracking kids’ “progress” with digital profiles and predictive algorithms paints a 21st-century gloss on a very-early-20th-century theory of learning. It not only assumes but perpetuates a bunch-o’- facts approach because it counts only what lends itself to being counted – namely, the number of facts and skills memorized or the percentage of coursework completed.

Two overlapping groups of educators seem particularly enamored of PLI: (1) those who are awed by anything emitted by the private sector, including books about leadership whose examples are drawn from Fortune 500 companies and filled with declarations about the need to “leverage strategic cultures for transformational disruption”; and (2) those who experience excitement that borders on sexual arousal from anything involving technology – even though much of what falls under the heading “ed tech” is, to put it charitably, of scant educational value.

“Follow the money” is apt advice in many sectors of education — for example, in language arts, where millions are made selling leveled “guided reading” systems, skills-based literacy workbooks, and the like. Simpler strategies, such as having kids choose, read, and discuss real books from the library may be more effective, but, as reading expert Dick Allington asks drily, “Who promotes a research-based practice that seems an unlikely profit center? No one.” Personalization is an even more disturbing example of this phenomenon because the word has come to be equated with technology – perhaps because it’s far more profitable for the purveyors that way and, at the same time, “It’s so much cheaper to buy a new computer than to pay a teacher’s salary year after year.” (Richard L. Allington, “Proven Programs, Profits, and Practice,” in Reading for Profit: How the Bottom Line Leaves Kids Behind).

This version of “personalized learning” actually began 60 years ago when B.F. Skinner proposed setting each child before a teaching machine, an idea rooted in “measurability, uniformity, and control of the student,” according to Canadian educator Philip McRae: Today’s adaptive learning systems still promote the notion of the isolated individual… being delivered concrete and sequential for mastery. However, the re-branding is that of personalization…[with a] customized technology platform delivering 21st-century competencies… At its most innocent, it is a renewed attempt at bringing back behaviourism and operant conditioning to make learning more efficient. At its most sinister, it establishes children as measurable commodities to be cataloged and capitalized upon by corporations. (Lizanne Foster, “Personalized Learning Means Kids with Computers, not Teachers,” Huffington Post).

Certain forms of technology can be used to support progressive education, but meaningful (and truly personal) learning never requires technology. Therefore, if an idea like personalization is presented from the start as entailing software or a screen, we ought to be extremely skeptical about who really benefits.

One final caveat: in the best student-centered, project-based education, kids spend much of their time learning with and from one another. Thus, while making sense of ideas is surely personal, it is not exclusively individual because it involves collaboration and takes place in a community. Even proponents of personal learning may sometimes forget that fact, but it’s a fact that was never learned by supporters of personalized learning.