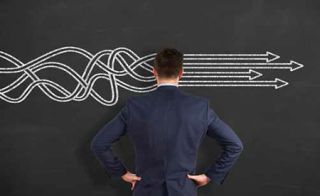 We’ve written many times about how districts can use data to improve their teaching and learning, but that’s not the only thing data can do. Take a look at how these schools analyzed data to work on everything from attendance to social emotional learning (SEL).

CHALLENGE: Spring (TX) Independent School District was looking for a way to manage feedback from students and parents so it could improve response rates, expand communication, and improve customer service.

Families use K12 Insight’s Let’s Talk tool to make comments and ask questions. And with one tool to collect all of their feedback, the district was able to see patterns in the issues for the first time, says Tiffany Dunne-Oldfield, chief communications officer. After the question is answered, the sender evaluates the answer, and that feedback is also scored. “We see this as a way to echo the retail experience and to drive that customer-service orientation in the district,” says Dunne-Oldfield. “It’s a big change.”

Spring ISD has used the system for two years. Dunne-Oldfield says the data helps them think about parents as customers and about school choice. For example, the data the district gathered when it set up an online gradebook for parents helped to make the system work more smoothly. Early on, there were issues with parents forgetting passwords and with student accounts being linked. Let’s Talk helped the district quickly realize which administrators needed access to fix these issues. “The data helped us see who should be responsible,” says Dunne-Oldfield. “What made sense to the district didn’t make sense to the parents. Things like that became really clear as we launched the Let’s Talk tool.”

CHALLENGE: When North Branch (MN) Area Public Schools went out for a bond referendum in 2015 with one question, it failed by 125 votes. Since they were very close to getting a yes vote, the district decided to do some data surveying.

The district took a multi-layered approach to data analysis. They used Springsted, a consultancy, for a random sample survey and a demographic analysis. “We learned that people wanted to see more than one question so they could judge each item independently,” says Patrick Tepoorten, director of communications. Thoughtexchange, a communications tool that lets districts gain insight through questions, helped the district get feedback on its revised referendum questions and marketing materials. “We saw how the materials were received and learned how to address the issues more specifically,” says Superintendent Deborah Henton. GuideK12, a geovisual analytics tool, helped North Branch optimize its outreach. On the Saturday before the election, volunteers knocked on doors that GuideK12 data identified. “GuideK12 combined data to deliver a home address, children’s ages, and if the parents voted in last election,” says Tepoorten. “Rather than blanketing entire neighborhoods, we concentrated on parents and supporters to get them to the polls.”

On May 23, 2017, the referendum passed. “We passed all three questions with solid majorities,” says Tepoorten. “When we saw the numbers, we knew that we had placed our efforts in the right place.”

CHALLENGE: Three years ago, when Principal Renee Canales and Elizabeth Merwald, behavior and prevention specialist, started working at Betty Best Elementary in Houston, Texas, office referrals were off the charts. “We had tons of quantitative data for academics but only end-of-year summative data for behavior,” says Merwald. “Office referrals are after the fact. We needed to be proactive.”

The school offered professional development for classroom management, instituted new rules and policies, and began using Kickboard, a schoolwide behavior-management tracking system, that they customized with their rules, behaviors, and procedures. “Administrators receive a text if there’s a certain level of behavior,” says Canales. “We can touch base with a student before it escalates to an office referral.” In addition, the system tracks positive behaviors. When students do something positive, they get “money” in their accounts and can buy pencils, erasers, books, and stuffed animals at the school store. When a student gets a certain number of positive points, administrators are flagged so they can praise the parent for their student’s good behavior. After using Kickboard for one school year, office referrals decreased by 25 percent. But that’s only one small piece of the paradigm shift. “Teachers are empowered to pay better attention to the big picture— positive and negative,” says Karen Smith, district-level behavior and prevention specialist. “It is perfectly aligned with our focus on collective responsibility.”

CHALLENGE: When Lawrence (KS) Public Schools USD 497 started using the Blackboard learning management system (LMS) in 2013, 30 teachers were creating blended courses. By 2016, more than 300 teachers were on board. However, a lot of issues came with that growth. Teachers were frustrated because they had to enter grades twice—in the LMS and in the student information system (SIS). As the number of courses in the LMS increased, it became impossible for one person to handle the schedule changes and transfers. Every summer, someone had to go in and rename every single course to transfer courses cleanly.

Terry McEwen, director of assessment, research, and accountability, found out about DataSense, a data integration and management solution that could connect the two systems. “We tried out the gradebook piece, and it was great. Then we discovered additional benefits,” says McEwen. Currently, the district has more than 12,000 courses in Blackboard. DataSense pulls data from the SIS every night and repopulates Blackboard accordingly. “Teachers only have to enter data once and we don’t have to do anything to get students populated into new courses. The fewer human hands that interact with the data, the better,” McEwen says. “It makes teachers’ lives easier so they can concentrate on their jobs.”

CHALLENGE: SEL is one of the basic tenets for Carolina Voyager Charter School, a K–5 school in Charleston, South Carolina. “It’s built into our program,” says Harry Walker, school leader. Last year, the school came up with 10 words that fit into the CASEL framework and focused on one word each month. Kristina Lindgren, guidance counselor, led weekly discussions and teachers reinforced the work with common language. However, they wanted to know how well they were doing and if there was room for improvement.

“Panorama customized a survey for students and parents. Students took the survey three times, and the results allowed us to compare our students against the nation as well as other charters,” says Walker. In addition, the survey data showed student growth throughout the year. Lindgren used the data to give extra lessons on social skills and other skills to small groups. Interestingly, Walker says the data helped them discover that students they thought were grounded had very low self-esteem. “It’s very insightful,” he says. “We saw schoolwide trends and learned that students did not understand that they have the ability to change these things.”

This year, Walker plans to use the parent data to help parents understand the importance of SEL. The school is also doing Make a Plan Mondays to help students work on goal setting, and Feedback Fridays for students to share with each other.

CHALLENGE: “We needed something to let us use data to track patterns of absence quickly and easily,” says Christina Walker-Clark, guidance counselor at Oakland High School in Oakland, Oregon.

The school began using Alma, a combined SIS and LMS platform that focuses on easy access to data. “When you’re on the home screen, you get a great graphical view of where we are in terms of attendance,” says Walker-Clark. “You can click and see who is leaving or who came in late.” In the past, when students missed large chunks of the day (e.g., the first or last two periods), that detail was not available, but Alma shows how many minutes a student has missed and breaks it down into class time. “As the year goes by, that information is incredibly helpful. Now we can help parents understand the importance and how the minutes add up,” Walker-Clark says.