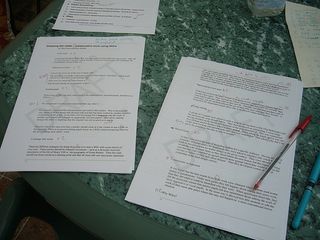 We probably all like to think that our first stab at something is going to be perfect. We tend to resent “helpful” suggestions, at least at first. Oscar Wilde, when asked if he could make a few changes to a play he’d written, quipped “Who am I to tamper with a masterpiece?”. However, editing usually makes things better rather than worse. The challenge is convincing youngsters (and others!) that suggesting some edits is not a reflection on their abilities or knowledge.

In any case, edits can always be undone and the original restored, so nothing is lost except a bit of time (assuming you have taken sensible saving precautions, of course). What sort of edits might be suggested?

Editing is usually worth it in the end

I think whether you’re editing text, sound, video or photos, the following three generic questions should be asked: