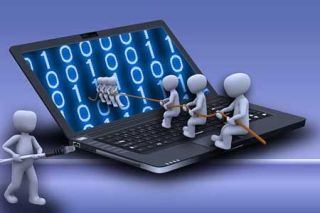 Writers and teachers have at least one thing in common: the injunction to show rather than tell. In my experience of teaching, nowhere is this advice more appropriate than in relating to information sources. Kids tend to think that if a computer says it, it must be true, ditto if it appears in a textbook. In the December 2015 edition of my newsletter, Digital Educaiton, I cited an Ofcom report which stated that:

Compared to 2014, there have been increases in the numbers of 8-11s and 12-15s who visit news websites or apps and who answer that all the information on these sites is true.

Before becoming an ICT and Computing teacher, I taught Economics. As part of the course I used a computer simulation called Running the British Economy, which I sort of changed to Ruining the British Economy. The aim of the simulation, as envisaged by its creators, was to create a situation in which the economy was running really well. Based on the Treasury economic model, it was ideal for showing in real time the effects of pursuing various macroeconomic policies.