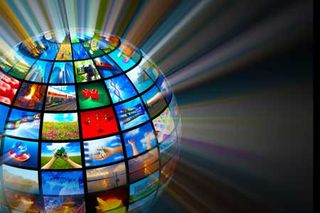 This widely read World Bank flagship publication explores a topic of broad relevance in the fields of international development and development economics. This year's report, 'Digital Dividends,' examines the impact that the Internet and mobile networks are having (and not having) around the world.

As a primer on the uses of ‘informational and communication technologies for development’ (what’s known as ‘ICT4D’ by those in related fields who like acronyms), the 2016 World Development Report is quite comprehensive. Surveying and exploring how ICTs are impacting fields such as agriculture, finance, government services, education, energy, the environment and healthcare (and many others), ‘Digital Dividends’ is a World Bank report written for people who don’t normally read (or perhaps even care about) World Bank reports.

It is relatively catholic in its worldview, although not surprisingly there is a decided focus on things the Bank cares about (e.g. economic growth, jobs), but thankfully in language a bit more accessible than what one often finds in publications put out by an institution which employs over 1,000 PhD economists. Happily, there’s not a single mention of a ‘production function’, for example; and I really like the cover!

But I don’t mean to ‘bury the lead’, as journalists say. Here, quickly, are the main messages from the 2016 World Development Report:

While there’s nothing particularly subversive in these findings (that’s not the role of something like the World Development Report), the authors are pretty clear in conveying one general, overarching point, which the official related press release summarizes quite succinctly:

“The benefits of rapid digital expansion have been skewed towards the wealthy, skilled, and influential around the world, who are better positioned to take advantage of the new technologies.”

Over the course of 330 information-dense pages (which include 74 boxes, 142 charts and figures, 14 maps and 29 tables), the authors document and examine what this ‘digital expansion’ looks like in practice, with lots of specifics. In few other publications will you find details about such varied topics as the sequencing of e-health development in Montenegro, evidence of internet content filtering around the world, spectrum assignment in Latin America (in MHz blocks), or African tech hubs.

For those with a specific interest in education, there is much here to consider. The report itself has a short section on education, a much longer one on ‘skills’, and brief highlights about a number of initiatives and trends (MOOCs, Khan Academy, Rio's Educopedia, One Laptop per Child) that are enabled by education technologies.

More fundamentally, though, considering the report as a whole, it is clear that education is one of the central connective themes that sits at the heart of what the 2016 World Development Report is about, and its relevance for decisionmakers going forward. Digital Dividends calls for the “strengthening the analog foundation of the digital revolution.” Going forward, development success will not be so much about technological advances (which will no doubt continue to occur, at an increasingly dizzying rate, in all sorts of exciting ways), it argues, but rather as a result of success with two things: policies and people.

The report states (see figure 3.17, for those who like citations) that "digital technology projects funded by the World Bank are more successful in countries with higher-quality institutions." This perhaps shouldn’t be a surprise to anyone, but it highlights that beliefs about technology being a simple ‘silver bullet solution’ to so many of the most pressing challenges facing communities around the world today are misguided. As the historian Melvin Kranzberg observed (and as Kentaro Toyama likes to remind me), “technology is neither positive nor negative – nor is it neutral.”

Those most likely to benefit the most from the emergence and use of new technologies are those already advantaged in many ways. This isn’t to contend that advances will only accrue to such groups – certainly not!

New technologies will continue to emerge that offer exciting potential applications to help address many long standing ‘problems’ around the world (and along the way introduce a few new ones, presumably). Recommendations such as those found in the 2016 World Development Report about “making the internet universal, affordable, open, and safe” can be important guiding principles in ensuring that these technologies can be utilized to their full potential.

However, we face a “changed world with unchanged classrooms,” and it is the young people who emerge from such classrooms, together with those who continue to learn after their formal schooling has ended, who will chart the course forward. They may increasingly be aided by algorithms, and some of the roles they would have performed in the past may be performed by machines in the future. However, in the end, it is the extent to which our educators and education systems are able to support and nurture the development of the analog foundation of our increasingly our digital lives that will be critical.

That’s the real challenge if the ‘digital dividends’ analyzed and celebrated in the 2016 World Development Report are to realized -- not only for the ‘elites’ in economies and societies around the world, but rather for and by all citizens, no matter where they may live and the circumstances into which they were born.