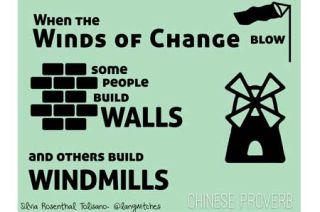 In February of 2015, I started a coaching journey with a group of 7 teachers at the German School (Goethe Schule) in Buenos Aires. The professional development framework was based on a 5 day bootcamp, when I visited the school in Argentina to prepare cohort members in order to continue learning with each other throughout the school year virtually. You can view my final reflection at the end of the school year (which ends in Argentina in December). The shift in mindset, the shift in teaching and learning in the classroom was made visible by the reflections and documentations that were shared by the participants throughout the year on their blogs and various social media platforms (Two teacher blogs were nominated for the edublog awards 2015, one became a finalist in the Best Teacher blog category). The monthly coaching sessions (individual and group) supported the notion that ongoing PD support is a necessity when a long term shift (mindset/teaching/learning, etc.) is desired.

I just returned from the bootcamp week in Argentina for a second #cohortgoethe group. 7 new teachers (2 Kindergarten teachers, 2 primary school teachers, 2 secondary school teachers and 1 primary principal)… March through November… focusing on documentation OF/FOR/AS learning while experiencing new types of learning for their own professional development learning. 7 new blogs are set up, 7 new educators, ready to learn, reflect and share their own learning journey to begin to understand how these types of learning experiences can be translated into their classrooms.

The mantra for this year’s coaching cycle is the Chinese proverb: “When the winds of change blog, some people build walls and others build windmills”.

One difference between cohort 2015 and cohort 2016 to be noted, is that the latter will now have the benefit of the SHARED experiences by the previous cohort. They are not only able to learn through the reflections and documentations of their cohort predecessors, but also had the opportunity to visit their classrooms during our week of bootcamp to observe, document, reflect and share.

It was powerful to witness HOW each cohort member from 2015 had embedded documentation as part of their pedagogy. We were able to observe Andrea Berteloot’s 3rd Grade students, who, although only in the third week of class, were already in the routine of assigned roles to be bloggers in order to look for learning, capture, reflect and share their learning and observations on the classroom blog.

We observed students in Melina Seifert‘s third year in secondary school (grade 9). They worked independently to document long term the teaching, their learning and their work in the classroom in order to share with an absent student, due to a prolonged illness.

Back in primary, we had the chance to observe Marisa Gonzalez introduce the Book Create app to her students, teaching them skills to advance in documenting for learning in the following weeks and months.

Observing Gaby Holm‘s Science class, I was reminded how much fluency plays a role, when using documentation FOR and AS learning. I saw how Gaby had taken images of previous lessons and was able to seamlessly share these images with her students during a whole group review in the beginning of a new lesson. These images served several purposes. They served as memory triggers for students of what they actually had done and prompted them to articulate and share with their classmates. They also helped students weaker than others in their language skills (the target language of Gaby’s class is German, with many students being first language Spanish speakers). Being able to visualize supported their comprehension as others summarized and articulated. Gaby had also asked students to document their science experiments via video. She received the video from students and had already exported the file to Vimeo to then be able to fluently pull the video up on the screen to share with the rest of the class. All students were engaged viewing the video and later discussing, even the documentation technique (focus on the experiment, not on the students involved as well as focusing on the reflection being articulated versus only mentioning the facts being seen).

We went full circle to see Grabiela Bechman‘s 5 year olds in Kindergarten and their introduction to an iPad to show them the potential of recording and taking images as well as the importance of reviewing and reflecting on these captured artifacts. Something she will model for her students throughout the year and get her students to be more and more independent as they are using different media to share and articulate their own thoughts about what was captured.

In the other Kindergarten class of Cristina Massen, we were reminded that above all, children are children and need the opportunity to run, play, explore, touch and experience. We have to find a balance between these things and using cameras, blogs, tablets and other devices