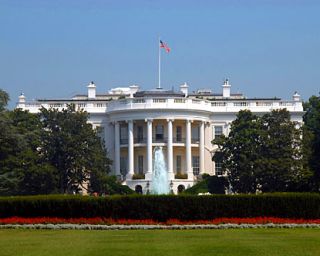 Like many others, I was surprised about this week's election results. After doing some soul searching I realized my surprise was a result of believing what the smug American media was telling us. In fact I was primarily surrounded by, and a participant in, smug America liberalism. I was a part of Trump’s secret weapon and didn’t know it.

I was living in a bubble. I was not listening to what those people who live in forgotten corners of our country and my friends and their family in law enforcement were saying and feeling. I didn’t read what educators, and documentary filmmakers I generally follow were writing, unless they were sharing what I wanted to hear. I was doing what education and career writer Penelope Trunk points to in her article calling Americans a bunch of liars.

I was happy believing Trump had no serious policy stances in general or stances on education in particular. Sure, Trump shared he would make America great, but I believed, as the media shared, that he had never gotten his hands dirty with facts explaining how he would do that. In his article about what Trump means for education, Frederick Hess, director of education policy studies at AEI and editor at Education Next, asks: “Who really knows what a Trump administration would actually try to do on schooling?”

But now that I have started looking into the question myself, I have discovered that we do know what Trump might try to do on schooling. Trump has shared his stance on education in three books, and several articles and videos. After reviewing what Trump, and those who are likely to be on his Cabinet, have said, I discovered the 7 areas you may see more of and 7 areas Trump would like you to see less of during his presidency. You can see what they are in the table below.

Majors that result in careers

What do you think? Agree? Disagree?

Want to know more about what’s behind each area addressed in the chart? Stay tuned for my next post,where I’ll share the additional insights I have uncovered after spending dozens of hours obsessively combing through what Trump and the experts have written and said on the topic.