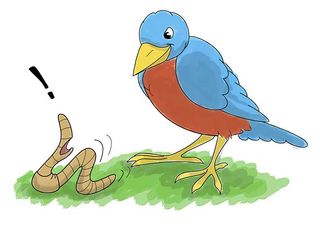 I've long been a fan of using cartoons and comics in education. My love of comics began in my early teens I think, when I read Superman, Batman, Spider-man and Archie comics. (My mother's continual wail, when I was clearly not listening to a word she was saying, was "Terry's always got his head in a comic!").

I also read serious stuff too. There was a series of comics called Classics Illustrated, that were essentially graphic (and shortened) versions of great works of literature.

What I liked about comics was the juxtaposition of words and pictures, and the way they interacted with each other.

When I started teaching, I used cartoons and comic strips in a variety of ways. Here are some suggestions based on my experience.