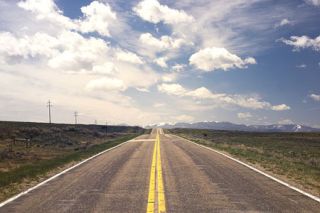 As educators we are always on the lookout for ‘good stuff’ that we can make use of in the classroom. But not everything is miles away in a different state or somewhere up in the cloud. Sometimes, it’s right under your nose.

Here are some examples of things going on locally to me, and how they or something similar could be used.

When an empty space becomes a maker space

Where some people see an empty space in a shopping mall as, term, an empty space, Ken Wilks, a retired engineer, saw an opportunity to create a maker space or, as he likes to think of it, a hack space.

His mission is to give people an opportunity to learn how to do things like 3d printing without having to go to all the expense of buying a 3D printer. Also, how to make new things out of other things, eg reusing bits of discarded bicycles to make a new bicycle.

He is hoping that such a space will appeal to geeks of all ages who have nowhere to work on projects at home, or who can’t afford to do so. Also, to older people who would like to pass on their skills to others.

He and a few other people temporarily set up shop, so to speak, where a store used to be in a shopping mall. His ultimate aim is to set up an area where people can come any time of the day or night to work on their projects, in return for a membership fee of around $30 per month.

Are there any spaces near you that could be turned into a ‘maker space’?

If you’re not as familiar with hacking and making as you think you ought to be, is there a space like this near where you live? If so, maybe you could take yourself there and learn new skills at your own pace.

There are some parts of England that still have public libraries, despite all the cuts to local funding, and I live near a couple of them. One of them runs classes in how to set up and use a Raspberry Pi. It’s a great place to go if you don’t want to look totally ignorant in front of the kids! (Although I think there’s a huge benefit in learning together.)

Do you have a library near you? If so, does it run anything like that?

3D comes to life in the library

Another library nearby runs a weekly session in which people can come along and learn about 3D printing and bring along their own design to have printed out for the cost of the materials. The staff provide advice on the best software to use, so it means you can get to grips with 3D printing without shelling out a few hundred bucks for the privilege.

An event being run by my library on a Saturday coming soon involves sessions like learning how to make an animation with ScratchJnr, learn about robotics with Prepare Robo, go on a Virtual Reality trip, and much more.

If your local library isn’t running anything like these, why not ask them if they can do so?

Another thing you can do is a nice little trick in Google. Just search for ‘Digital placename’.

For example, I’ve just typed in ‘Digital Atlanta’, and a whole bunch of interesting-looking sites popped up. One of them is Digital Crafts, which runs classes in programming. I have no idea what they’re like, but at least that search has given me a starting point. When I’ve conducted similar searches for other places, I’ve come across local organisations that work with schools in various ways, and which I’d previously never heard of.

It’s also worth contacting local organisations anyway. They may not be geared up for a visit by a teacher with 30 schoolkids, but they might still be helpful. A few years ago I contacted a 3D start-up and they spent a couple of hours taking me around their workshops and showing me what they do, and who does it — and I got to play with some very expensive toys!

The key message from all this is simple:

Terry Freedman is an ed tech writer, trainer and speaker. He publishes the ICT & Computing in Education website at www.ictineducation.org.